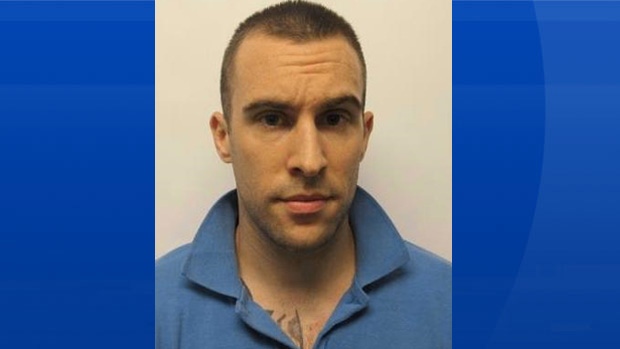 Mounties say they are looking for help in locating 26-year-old Marshall Vuozzo, a person of interest in an armed robbery in Moncton.

A man entered a convenience store on Humphrey Street around 12:30 p.m. Friday, where he’s alleged to have shown the cashier a firearm. The suspect then fled the scene on foot with an undetermined amount of money. No one was injured.

Vuozzo is described as a white man with a slender build, 5'10" tall and weighing 180 pounds. Police say he has brown hair and brown eyes with distinctive tattoos on both hands. He has the word "Red" on his right hand and "Bull" on his left.

RCMP say Vuozzo may be armed and is considered dangerous.

Police are asking if anyone sees Vuozzo to not approach him and contact officials immediately.