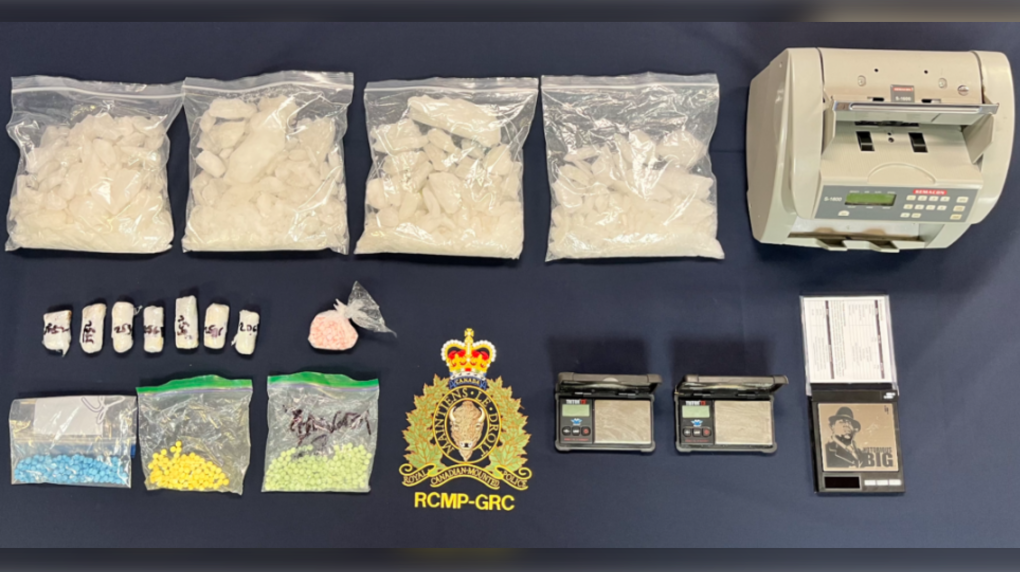 During the search, police seized significant amounts of what is believed to be crystal methamphetamine and fentanyl. (Photo courtesy: RCMP)

RCMP in New Brunswick have arrested a 30-year-old man in connection with a homicide investigation that started in December 2021.

Upon arrival, police say they discovered the body of a man inside the home. Following an investigation, police determined the man's death was the result of a homicide.

Just before 2 p.m. on Jan. 18, police say they arrested a 30-year-old man without incident outside of a business on High Street in Moncton, N.B. in connection with the investigation.

"Subsequent to the arrest, police executed a search warrant at a home on Chemin Poucette, in Saint-Andre-Leblanc," wrote RCMP in a release. "During the search, police seized significant amounts of what is believed to be crystal methamphetamine and fentanyl."

According to RCMP, officers also seized two firearms and drug trafficking paraphernalia, including three digital scales and a money-counting machine.

Cole Alexander McFadden appeared in Moncton Provincial Court by way of tele-remand on Wednesday and was charged with possession of a firearm while prohibited.

McFadden was remanded into custody and is scheduled to appear in court on Jan. 21 for a bail hearing.