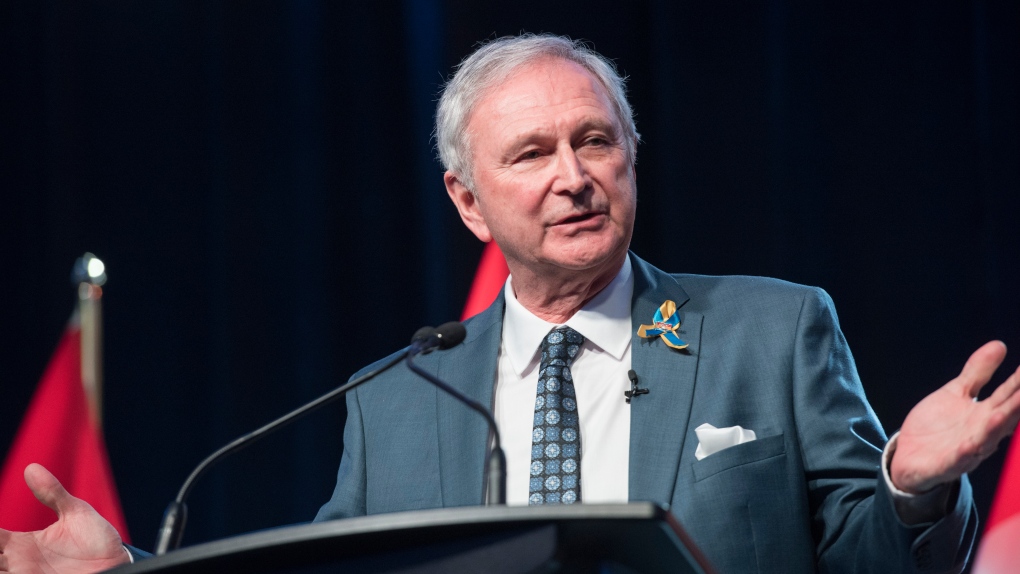 New Brunswick's government has removed mention of "unceded" land from a motion recognizing the National Day for Truth and Reconciliation because of a First Nations title claim before the courts.

The amended motion also inserts wording explaining that residential schools were located in provinces "other than New Brunswick."

The original motion, submitted by Green Party Leader David Coon, said New Brunswick is located on the "unceded and traditional homelands" of the Wolastoqiyik, Mi'kmaq and Peskotomuhkatiyik nations. It also described the abuse suffered by Indigenous children who were forced to attend residential schools.

"Over the course of more than 100 years, some 150,000 Indigenous children were ripped from their families and forced to attend church- and government-run residential schools where many suffered physical, mental, emotional and spiritual abuse, malnutrition, and neglect," the first motion stated.

The new motion, which was adopted by the legislature on Thursday, states that New Brunswick is the "historical homeland" of the three First Nations and that the federal government "adopted a residential school system in provinces across Canada other than New Brunswick."

On Friday, Premier Blaine Higgs told reporters the government can't say one thing in a motion and something different in court. He was referring to a title claim filed last November by six Wolastoqey chiefs for 60 per cent of New Brunswick's territory.

"We are being sued in the province for land claims, and if it is an undisputed situation we wouldn't be in the court," Higgs said. "So for us to approve a motion that basically states that we are agreeing with the claim that all land here as claimed is unceded, then what would the point of our defence be in the courts?"

In their title claim, the chiefs targeted corporations such as NB Power and forestry giant J.D. Irving, which exploit resources on traditional First Nations lands. The chiefs want the land returned, compensation for the use of that land for the last 200 years, and title to a vast area representing about 60 per cent of the province's territory.

Higgs said he's concerned there will be subsequent land claims by other First Nations for the remaining 40 per cent of the province.

In a statement issued Friday, Chief Ross Perley of Tobique First Nation said he appreciates that the province will recognize the National Day for Truth and Reconciliation every year on Sept. 30, but he said the motion falls short by not making the day a statutory holiday.

Perley said that to recognize the survivors of residential schools but to refuse to acknowledge that the atrocities occurred on traditional, unceded land is not an example of genuine truth and reconciliation.

"To strip the motion of any mention of New Brunswick from a motion proclaiming Truth and Reconciliation Day is a deplorable refusal to acknowledge that truth and this province's role in it."

Coon said the government's amendment to his motion was disappointing, "but a little predictable given the poor relationship that this government has with First Nations in the province."

"To not recognize that the land is unceded by First Nations -- I see it as a government trying to rewrite history and reality of our country and our province," he said. "What they are looking for is respect. I think the government was being disrespectful."

This report by The Canadian Press was first published June 10, 2022.