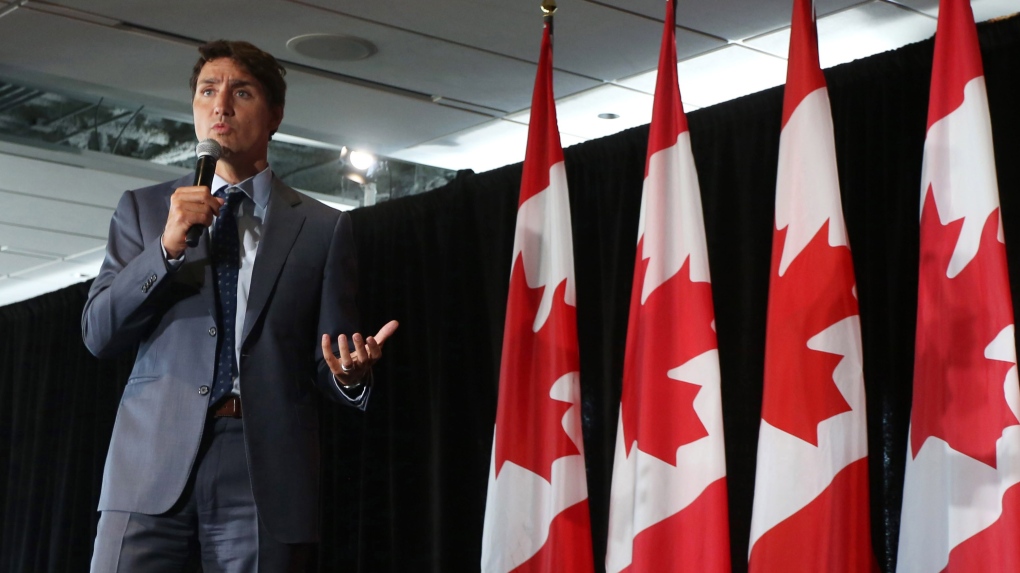 Trudeau and the Liberal premier met privately in the provincial capital Wednesday before the prime minister appeared at the annual Royal St. John's Regatta, shaking hands and posing for selfies.

The premier, who was re-elected in May, has faced rising pressure to ensure ratepayers are not stuck shouldering the financial burden of the over-budget hydro project on Labrador's Lower Churchill River, expected to begin providing all of Newfoundland's electricity in 2021.

Ball told reporters he stressed to Trudeau that rate mitigation is the most important issue facing the province and said a meeting with federal Finance Minister Bill Morneau is in the works.

A preliminary provincial government report on the issue in April referred to a $200-million funding gap to be softened through unspecified "collaboration" with the federal government.

Ball said Wednesday that voters may not know the extent of Ottawa's support until the megaproject, currently priced at $12.7 billion, is fully complete, but he said the support could exceed $200 million.

Trudeau did not take media questions during his two days in St. John's, but he mentioned his "great" conversation with Ball while making his way through the crowd at Quidi Vidi Lake.

He said the two leaders would keep working on the issue of Muskrat Falls and power rates.