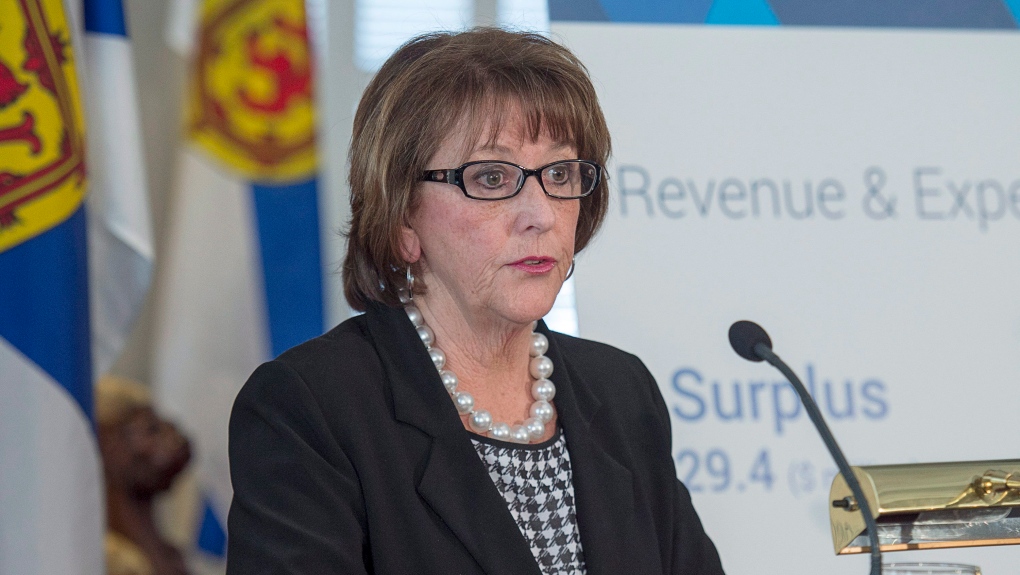 Nova Scotia Finance Minister Karen Casey briefs reporters before she tables the budget at the legislature in Halifax on Tuesday, March 20, 2018. (THE CANADIAN PRESS/Andrew Vaughan)

HALIFAX -- Nova Scotia's finance minister says the province's budget remains in the black -- but that surplus isn't expected to last much longer.

Karen Casey says the financial fallout from the COVID-19 pandemic has led to reduced revenue and increased expenses, but she wouldn't provide updated numbers after a cabinet meeting Thursday.

However, Casey stressed that the province had forecast a surplus for the 2019-20 fiscal year, which has helped Nova Scotia weather the financial storm caused by the pandemic.

The minister also noted that the Liberal government tabled its fifth consecutive balanced budget in February, which means the province was in better financial shape that most before the pandemic was declared.

Casey says the government's focus now is not on maintaining a surplus.

Instead, she says the province is committed to investing in programs and services that will help kick-start the economy as the pandemic subsides -- and that could mean deficit spending.

This report by The Canadian Press was first published May 14, 2020.