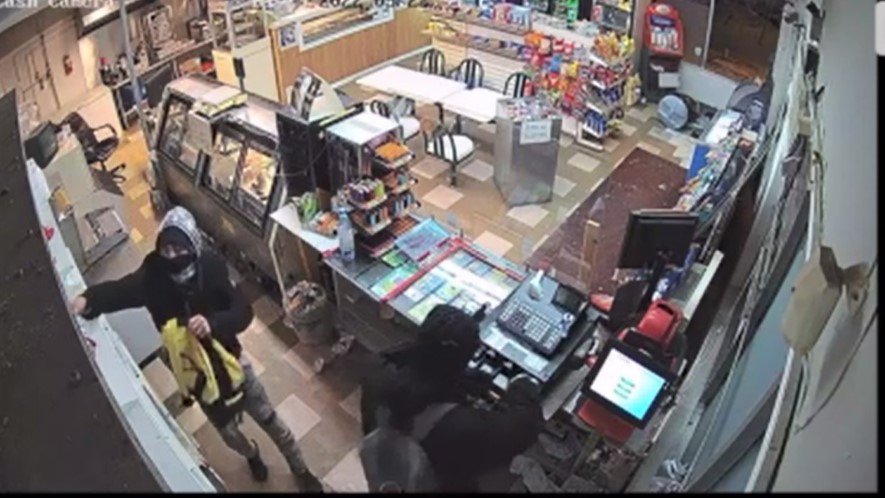 Halifax District RCMP is asking for the public’s help in identifying two suspects in connection with a break and enter into a business in Lower Sackville, N.S. (Photo: RCMP)

Halifax District RCMP is asking for the public’s help to identify two people they say broke into a business in Lower Sackville, N.S.

RCMP say they were called to a business near the 500 block of Sackville Drive shortly 5:30 a.m. Sunday for a break and enter in progress.

Police say two suspects were captured on idea surveillance. The first suspect is described by police as having black hair and was wearing a dark green shirt, grey pants, a black hat and blue jeans.

The second suspect is described as wearing all black clothing.

Anyone with information about the incident is asked to contact Halifax District RCMP or Crime Stoppers.

The Edmonton Oilers defeated their Alberta rival Calgary Flames 5-4 in overtime in Game 5 of their second-round NHL playoff series Thursday night to advance to the Western Conference final.

A 10-year-old boy in a classroom just down the hallway from the room where a gunman killed 19 children and two teachers in Uvalde, Texas on Tuesday said the experience of hiding during the shooting was 'terrifying.'

Monkeypox cases up to 26; first case detected in Ontario: PHAC

Canada's job vacancies are at a record high