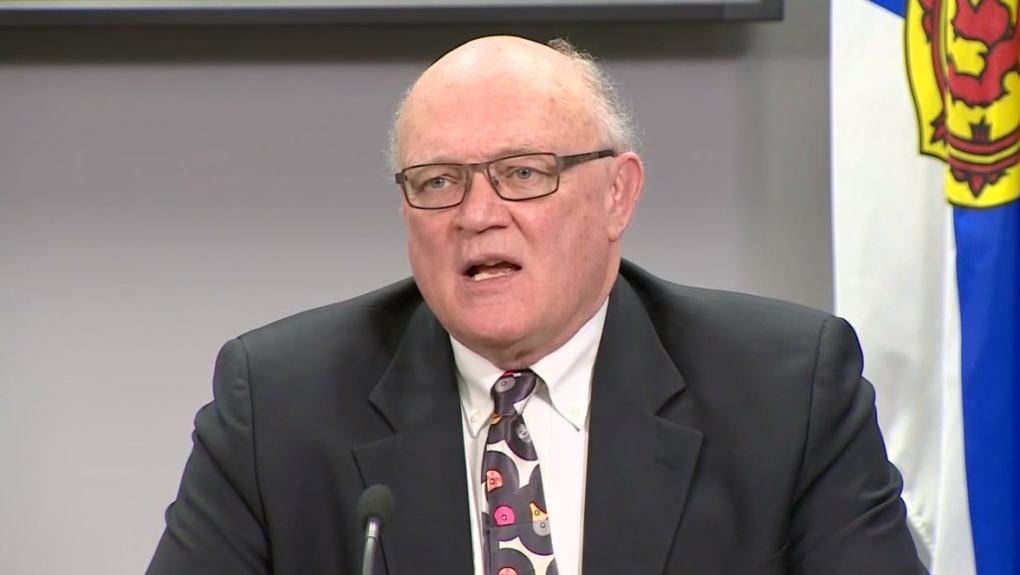 Dr. Robert Strang, Nova Scotia's chief medical officer of health, provides an update on COVID-19 during a news conference in Halifax on May 20, 2020.

HALIFAX -- For the third day in a row, Nova Scotia is reporting one death at the Northwood long-term care facility and one new case of COVID-19.

Fifty-eight people have now died from the virus in Nova Scotia and 52 of those deaths have been among residents at Northwood in Halifax. Three residents have died from COVID-19 at the facility this week.

"My thoughts are with the families and friends who are grieving today," said Premier Stephen McNeil in a statement.

"Thank you to everyone who is working tirelessly at Northwood to contain this virus. To the staff and families with loved ones at Northwood, you continue to have our full support as long as necessary."

Northwood -- the largest such faciilty east of Montreal -- has seen the most significant outbreak of COVID-19 in Nova Scotia.

On Wednesday, the facility was reporting a total of 341 cases of COVID-19 involving 244 residents and 97 employees, though most have recovered.

The province will not be holding a news conference Thursday. The next presser is scheduled for Friday.

Nova Scotia also reported one new case of COVID-19 on Thursday, bringing the total number of confirmed cases in the province to 1,046.

Nova Scotia has seen a steady decline of new cases and a significant increase in recoveries since the beginning of the month, with the province reporting new cases in the single digits since May 5.

Of the province’s 1,046 cases, 959 people have recovered and their cases are considered resolved, with 29 active cases remaining.

This leaves nine active cases outside of long-term care homes.

One more person has been admitted to hospital. Nine people are currently in hospital and four of those patients are in intensive care units.

The latest case was confirmed in the Nova Scotia Health Authority’s central zone, which has seen the largest number of cases in the province. 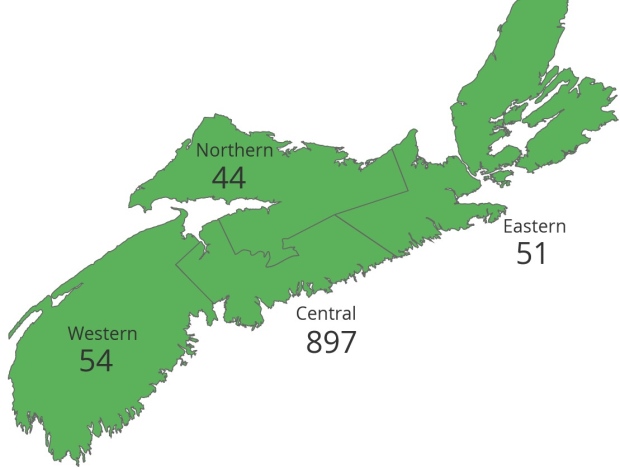 Chief Medical Officer of Health Dr. Robert Strang says, while the first wave is ending, the pandemic isn't over, and Nova Scotians must adapt to a "new normal."

"Until a vaccine is available, we have to stay vigilant in fighting this virus,” said Strang in a statement.

He said Nova Scotians should continue to practise the following measures:

“These measures will remain in place for some time to come, and will continue to be a key part of our fight against this virus,” said Strang.

The provincial state of emergency has been extended to May 31, though the province has eased a number of restrictions in recent weeks.