N.S. to increase fines, step up enforcement around skilled trades 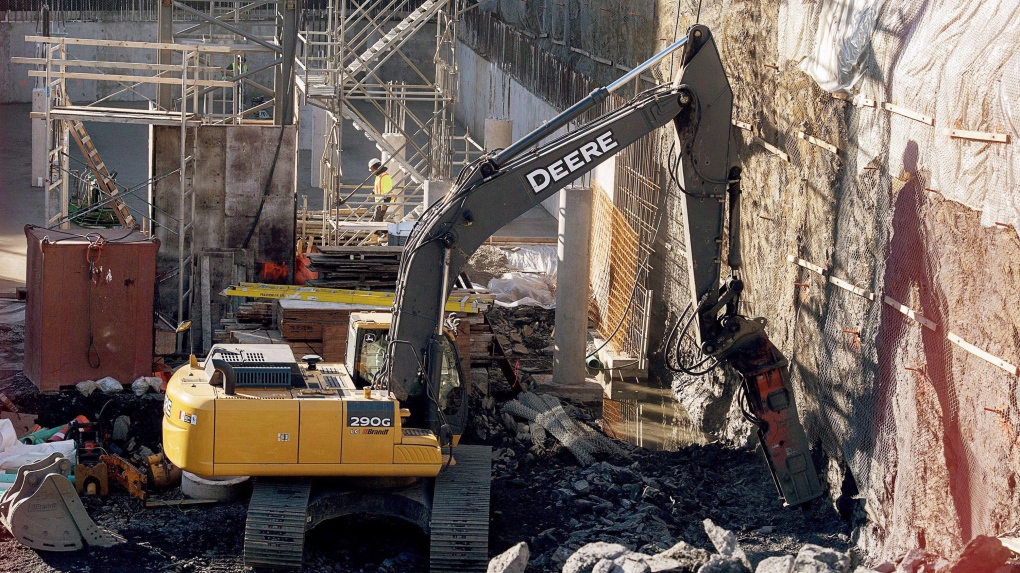 A construction site is seen in Halifax on Friday, Jan. 13, 2017. Nova Scotia is increasing fines and stepping up enforcement measures around the skilled trades in order to ensure a more level playing field in the construction industry. (THE CANADIAN PRESS/Andrew Vaughan)

HALIFAX -- Nova Scotia is increasing fines and stepping up enforcement measures around the skilled trades in order to ensure a more level playing field in the construction industry.

Proposed amendments to the Apprenticeship and Trade Qualifications Act would give Nova Scotia Apprenticeship Agency inspectors the authority to inspect sites at any time work is being performed and make it an offence to breach their orders.

"This is really a tool for a very small subset of companies that are trying to work around the system," said Labour Minister Labi Kousoulis.

Department officials said fines have been rare in the past -- one fine was issued last year, and three in 2016 -- and enforcement had been mainly carried out through a $927 summary offence ticket.

They said the increased fines are meant to create attention after decades of complaints within the construction industry about companies who hire cheaper labourers when they should be using skilled tradespersons.

"By using unskilled labour to perform a skilled job they are reducing the amount of compensation they have to pay out and in turn they are giving themselves a competitive advantage by not following the rules and not being as safety compliant," said Kousoulis.

Under the changes, companies would have to help enforcement officers do their job on a worksite. Officials said there have been instances where people have jumped out of windows or have been shuffled around a worksite in order to avoid inspectors.

The amendments also clarify the agency's ability to issue compliance and stop work orders and administrative penalties, which currently stand at a maximum of $5,000.

Brad Smith, executive director of the Mainland Nova Scotia Building Trades, said he believes the proposed changes will provide more of a deterrent, although it will be hard to weed out all the bad players.

"In a hockey game you've got two referees and two linesmen and there's always somebody breaking the rules on the ice. So the same issue, you can never have enough (enforcement) but we are moving in the right direction."

Duncan Williams, president of the Construction Association of Nova Scotia, said the black market is costing companies that follow the rules.

"Some of those companies that choose that path are competing with companies that invest heavily in safety, training apprenticeship and equipment," Williams said. "They are losing work because of it and it puts them in a very disadvantaged position."

Other changes under the proposed legislation would see appeals of compliance orders and administrative penalties through the Nova Scotia Utility and Review Board, while students enrolled in a recognized pre-apprenticeship training program would have to be registered with the provincial apprenticeship agency.