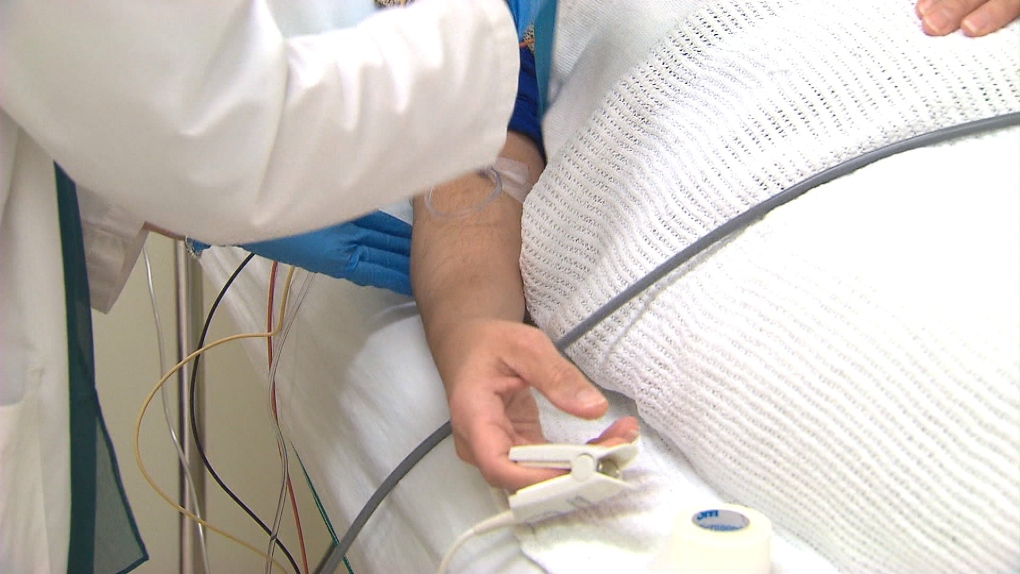 A doctor attends to a patient in hospital in this undated file image.

HALIFAX -- Doctors and other health care professionals involved in a physician-assisted death will not be prosecuted in Nova Scotia, the province's public prosecution service announced Thursday.

The service said the directive applies to any physician-assisted death that falls within the scope of a 2015 Supreme Court of Canada ruling on the issue.

The director of the service issued the directive to Crown attorneys across the province, and said it remains in effect until the federal government passes its legislation.

The statement says the directive recognizes that the work of physicians, pharmacists, nurses and other regulated health-care professionals must be protected to ensure the constitutional right of patients wishing assisted death are safeguarded.

Herschorn says the prosecution service consulted with police before releasing the directive.

It falls in line with those issued by other provinces this month, including Alberta, British Columbia and Newfoundland and Labrador.

The Supreme Court last year overturned a ban on physician-assisted death for patients deemed to have a grievous and irremediable medical condition that causes intolerable suffering. It gave the federal government a year to write legislation and extended that by four months.

The deadline lapsed last week, but the College of Physicians and Surgeons in Nova Scotia has developed guidelines for doctors to follow until the federal legislation is passed.

On Wednesday, the Senate sent the federal government's controversial bill on assisted dying back to the House of Commons with a major amendment that removes a key clause stating that only those who are near death should qualify for medical help to end their lives.