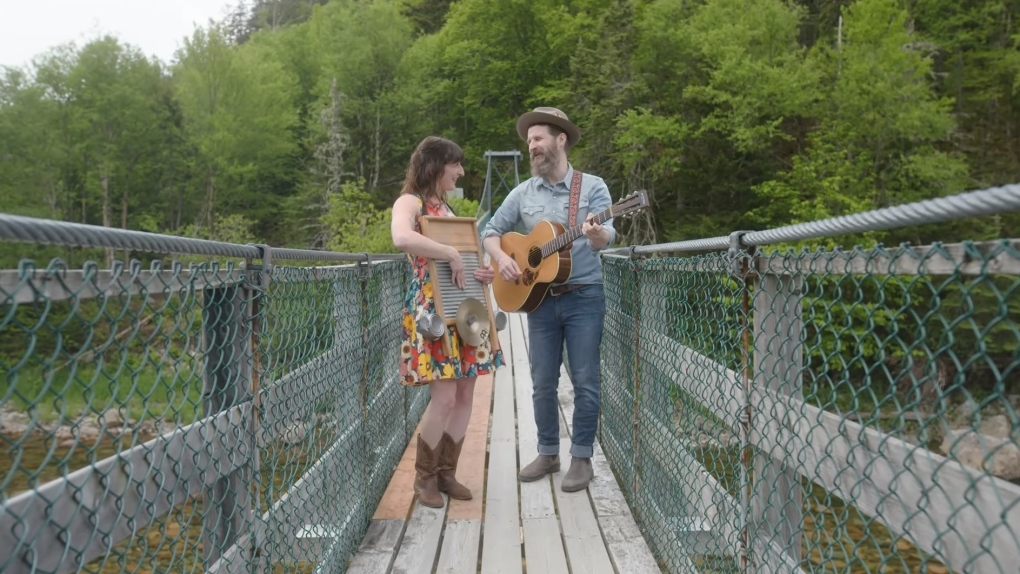 New Brunswick band Tomato/Tomato came up with a new theme song for the city, played to the tune of “Down by the Bay”. Photo courtesy: Envision Saint John.

SAINT JOHN -- With New Brunswick on the Path to Green, Envision Saint John is ready to let everyone know the gates are open - they even have a new anthem.

New Brunswick band Tomato/Tomato came up with a new theme song for the city, played to the tune of “Down by the Bay”.

The band hopes the video will encourage visitors and future residents to check out the area for themselves.

Paulette Hicks, CEO of Envision Saint John said New Brunswick is a natural beauty, being on the "world famous Bay of Fundy."

"In addition, we have these beautiful towns that are also on the bay and connected to this beautiful river system," she said.

Musical ambassadors Tomato/Tomato say it's a bit of a twist on a classic.

"Really, we just kind of played it as we imagined it being and didn't try and reinvent the wheel too much," said John McLaggan.

It was an adventure filming the video, visiting the most picturesque places in the region.

"I don't think I’ve ever been on that suspension bridge before in St. Martins, that was really neat," said Lisa McLaggan.

"We haven't been to St. Martins in probably a decade, so it was nice to be back there. There was a few things, we had never played music on a ferry before," said John McLaggan.

As the new regional growth agency, Envision Saint John hopes their video showcase will bring lots of people to the area as the country reopens.

"We're targeting visitors first, but we'll take this campaign and we'll expand it over the other pillars to attract businesses, people to live in our region not just to visit, but to play, invest and live here," said Hicks.

Tomato/Tomato will play their first show of the pandemic this Friday at area 506 Fest where you can catch them "Down by the Bay."