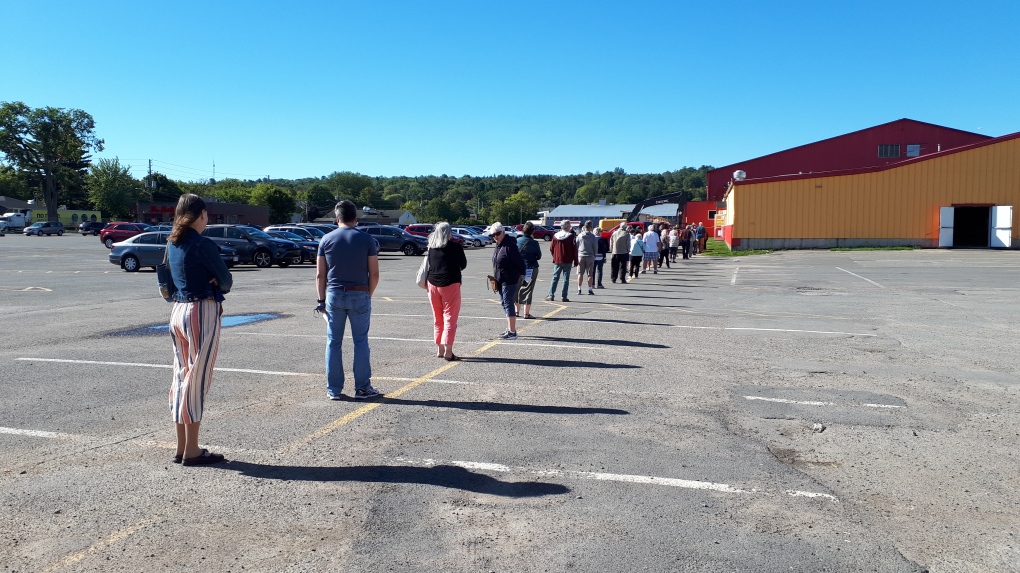 FREDERICTON -- The election is still days away, but a large portion of New Brunswick's electorate has already cast their ballots.

Unofficial figures released Wednesday from Elections New Brunswick indicate a 50 per cent jump from the previous election during two days of early voting in the country's first election since the start of the COVID-19 pandemic.

The total is about one third the number of people who voted in the last provincial election.

The chief electoral officer has said some of the shift in voting patterns is due to people wanting to avoid lineups due to social distancing requirements caused by COVID-19.

Results from advance voting are expected to be among the first made public on election night Sept. 14, as returning office staff upload them shortly after polls close at 8 p.m.

The agency is also cautioning that final official results may not be available until after midnight.

The agency said in a Tuesday news release that if there are lineups that delay voting, those in line when polls are scheduled to close will still be permitted to vote.

It also says the need to count the large number of votes cast at local returning offices could contribute to official results being delayed.

Returning office staff must first process all mail-in ballots that arrived that day, as well as any out-of-office special ballots collected by curbside voting that day.

The leaders will meet Thursday evening in a virtual roundtable hosted by CTV.