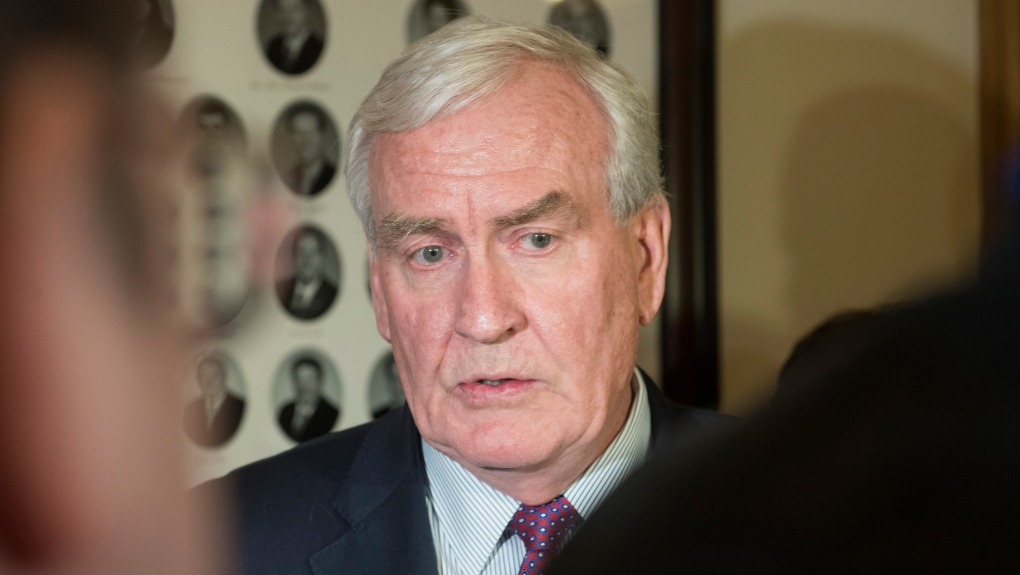 FREDERICTON -- New Brunswick business leaders were presented with stark differences in political parties' economic plans Tuesday as they heard from three leaders ahead of next week's provincial election.

Liberal Leader Kevin Vickers says the province needs a growth agenda, not what he called "the path of cuts and austerity" promoted by Premier Blaine Higgs.

"We have to be much more aggressive and robust in identifying companies around the world to come to New Brunswick," Vickers said.

He said if his party forms government after the Sept. 14 provincial election, he'll work to expand the economy and the provincial population.

"My path is investment and growth, aggressive identification of companies and bringing them here to New Brunswick," Vickers said from Miramichi.

He was the first of five leaders to speak to business groups from Fredericton, Moncton and Saint John. The leaders were unable to speak in person because of COVID-19 restrictions.

Speaking later to the same forum, Higgs said the budget his government tabled in the spring is paying off and he's not inventing anything new during the campaign.

The Tory leader added that the province needs to find new ways to provide health services as the demand for doctors increases.

He said while some other parties are quick to throw money at projects for short-term gain, that's not his approach.

"I'm interested in the long-term viability for regions throughout our province. Regions that develop on their own merit with programs that work. And it's not just setting up competitions between one region and another," Higgs said.

Both Higgs and Vickers support the development of small modular nuclear reactors in the province, but Green Leader David Coon, who also presented to the group Tuesday, called them "very risky business." He said at this point they are only a concept, and they could require a lot of public funding.

Coon said a Green government would help small business startups that run up against barriers and are seen as "too small to warrant interest" by government. "We've got to change that," he said.

All three leaders stressed the need to increase the provincial population in an effort to address an estimated 120,000 jobs expected to become available over the next decade.

Coon said he wants a new deal with the federal government on immigration.

"I would seek to sign an accord with Ottawa, much like Quebec has, to give us greater autonomy over immigration and integration of newcomers into New Brunswick," he said.

On Tuesday in Riverview, N.B., Austin said his party is continuing to work on behalf of this province's paramedics to ensure they are reclassified as medical professionals.

Tuesday was the final day of advance polls, and turnout was reported to be high. On Saturday 63,000 people cast ballots -- an increase of about 20,000 voters, or 45 per cent, over the first day of advance voting in 2018.

Elections New Brunswick has been running a campaign urging people to vote early to avoid heavy traffic at polling stations on election day.