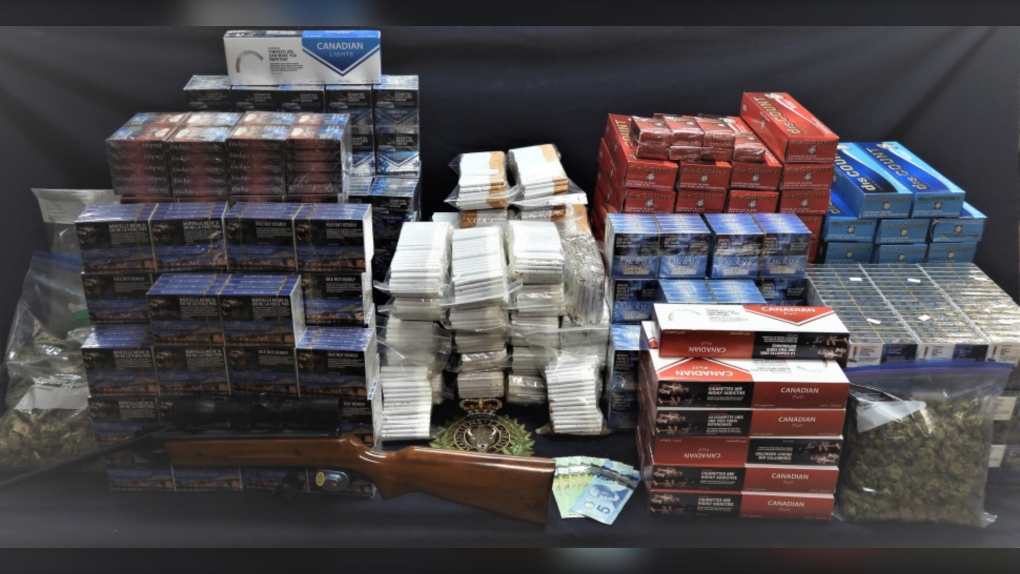 HALIFAX -- The New Brunswick RCMP say its members have seized over 49,000 illegal cigarettes and arrested two people after searching a home on Route 950.

Police say they executed the search warrant Friday, seizing a “substantial amount” of illegal cigarettes, cannabis, an air rifle, along with drug paraphernalia.

CTV News asked the RCMP why its members seized cannabis and an airsoft gun – two items that could be used for legal purposes.

“In general, when they go into these types of situations, we would gather any evidence that would show illegal activity,” said Cpl. Hans Ouellette, a media relations officer for the New Brunswick RCMP. “That would be trafficking, or any other illicit activities.”

The RCMP says the arrests and seizure were part of an investigation, which is ongoing.