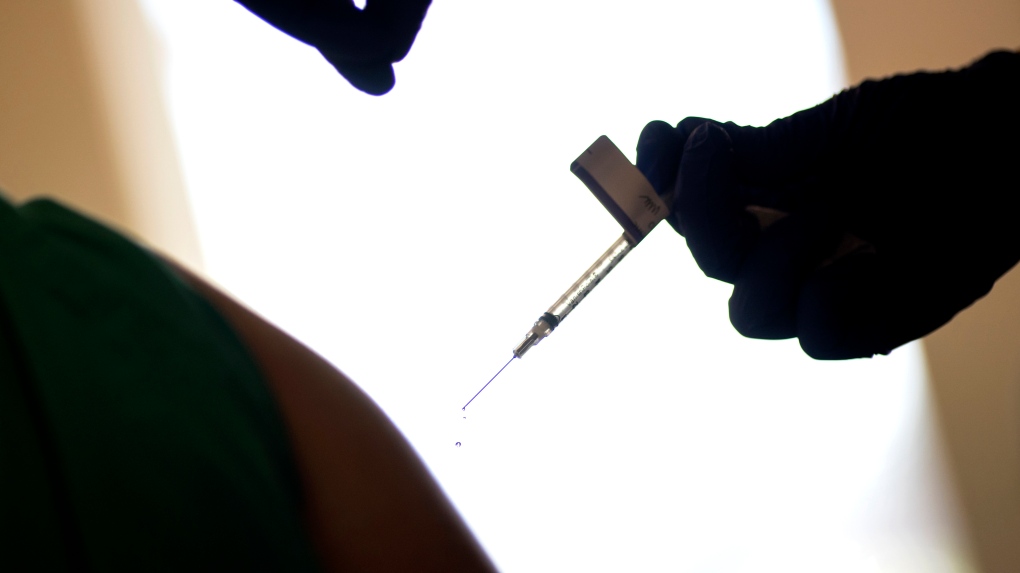 Public Health has confirmed that two people, one in their 40s in Zone 3 (Fredericton region) and the other in their 60s in Zone 4 (Edmundston region), have died as a result of COVID-19.
HALIFAX -

Public Health has confirmed that two people, one in their 40s in Zone 3 (Fredericton region) and the other in their 60s in Zone 4 (Edmundston region), have died as a result of COVID-19.

This brings the total number of COVID-19-related deaths in the province to 59.

"On behalf of all New Brunswickers, Marcia and I want to extend our sincere condolences to the loved ones of these two people," Premier Blaine Higgs, said in a release.

"The thoughts and prayers of our province are with you."

"I was so sorry to learn that our province has lost two more people to this virus," Dr. Jennifer Russell, chief medical officer of health, said in a release.

"Please know you are not alone in grieving your heartbreaking loss."

Along with the 99 new cases of COVID-19, New Brunswick is reporting 64 recoveries, bringing the number of active cases to 690.

Of the new cases, 72, or 73 per cent, are not fully vaccinated. There are 40 people hospitalized due to the virus, with 16 in an intensive care unit. No one under the age of 19 is currently hospitalized.

Public Health also reported Thursday that 80 per cent of eligible New Brunswickers are fully vaccinated against COVID-19 and 88.9 per cent have received their first dose of a vaccine.

If you have not yet had your first or second dose, you are asked to go to a walk-in clinic or book an appointment through a participating pharmacy or at a Vitalité or Horizon health network clinic as soon as possible.

The 36 new cases in Zone 1 (Moncton region) are as follows:

Twenty-eight cases are under investigation and eight are contacts of previously confirmed cases.

The two new cases in Zone 2 (Saint John region) are as follows:

One case is under investigation and the other is a contact of a previously confirmed case.

The 24 new cases in Zone 3 (Fredericton region) are as follows:

Nineteen cases are under investigation and five are contacts of previously confirmed cases.

The 29 new cases in Zone 4 (Edmundston region) are as follows:

Twelve cases are contacts of previously confirmed cases and 17 cases are under investigation.

The three new cases in Zone 5 (Campbellton region) are as follows:

Two cases are under investigation and one is a contact of a previously confirmed case.

The two new cases in Zone 6 (Bathurst region) are as follows:

Both cases are under investigation.

The three new cases in Zone 7 (Miramichi region) are as follows:

All three cases are under investigation.

Additional information is available on the COVID-19 dashboard.

STATE OF EMERGENCY AND PUBLIC HEALTH MEASURES IN EFFECT

Based on the current level of COVID-19 hospitalizations, a state of emergency has been reinstated and a mandatory order is now in effect.

It includes measures to limit contacts, ensure physical distancing is maintained, and require certain businesses and events to have a vaccination or masking-and-testing workplace policy.

Other public health measures remain in place, including the mandatory use of masks in indoor public spaces and the requirement to show proof of full vaccination when accessing certain events, services and businesses.

The respective school communities have been notified. If you or a family member have been in close contact with a case, you will be notified by Public Health or the school or facility for contact tracing. If you are not notified directly, you have not been identified as a close contact.

Schools with cases will close or move to online learning for at least one calendar day to support contact tracing, risk assessments and operational responses. Districts have contacted families directly with specific information regarding any impact on learning, including information on home learning, if required.

Zone 1 (Moncton region) – A positive case was confirmed at each of the following schools:

A new positive was confirmed at each of the following schools, which were previously impacted:

Zone 4 (Edmundston region) – A new positive case was confirmed at John Caldwell School in Grand Falls, which was previously impacted.

Since Sept. 7, 59 schools and 26 early learning and child-care facilities have had confirmed cases of COVID-19.

Anyone with symptoms of the virus, as well as anyone who has been at the site of a possible public exposure, is urged to request a test online or call Tele-Care 811 to get an appointment.