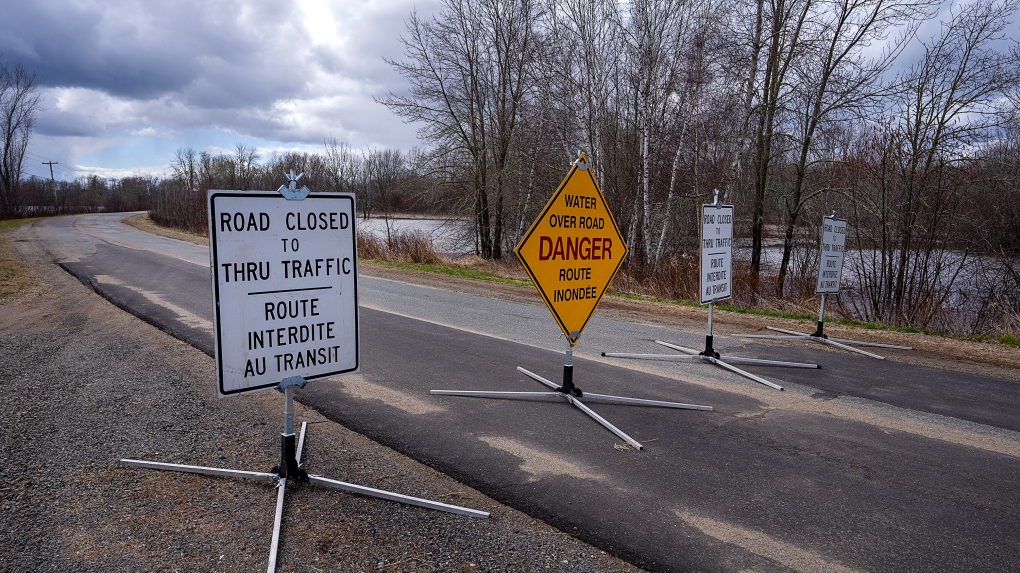 A road in Lower Jemseg, N.B., is closed due to the rising flood waters of the Saint John River on Wednesday, April 20, 2022. THE CANADIAN PRESS/Andrew Vaughan

New Brunswick’s 2022 River Watch program came to an end Monday as the province says water levels in all areas along the Saint John River basin continue to decrease and return to normal levels.

The program started on March 11 and provided information on the status of rivers and the potential for ice jams and other flood issues during the spring thaw.

“Even during years when there is little flooding, the River Watch team keeps a close eye on waterways,” said Public Safety Minister Bill Hogan in a news release. “Thanks to all our partners for their hard work.”

According to a government news release, the information gathered by the team helped them assess the risk of flooding throughout New Brunswick.

“Once again, we were lucky to have a smooth spring freshet,” said NBEMO director Greg MacCallum. “I hope this does not lull people into a false sense of security. Disaster can strike at any time of year, and every household should have an emergency plan and a 72-hour preparedness kit.”

In years past, flooding has taken lives and cost tens of millions of dollars in damage to the province.

In 2008, a March heatwave sparked an unusually early spring thaw, resulting in roughly $25,000,000 in damage to the province, according to a government database.