New Brunswickers should be treated like 'customers,' Tories say in platform 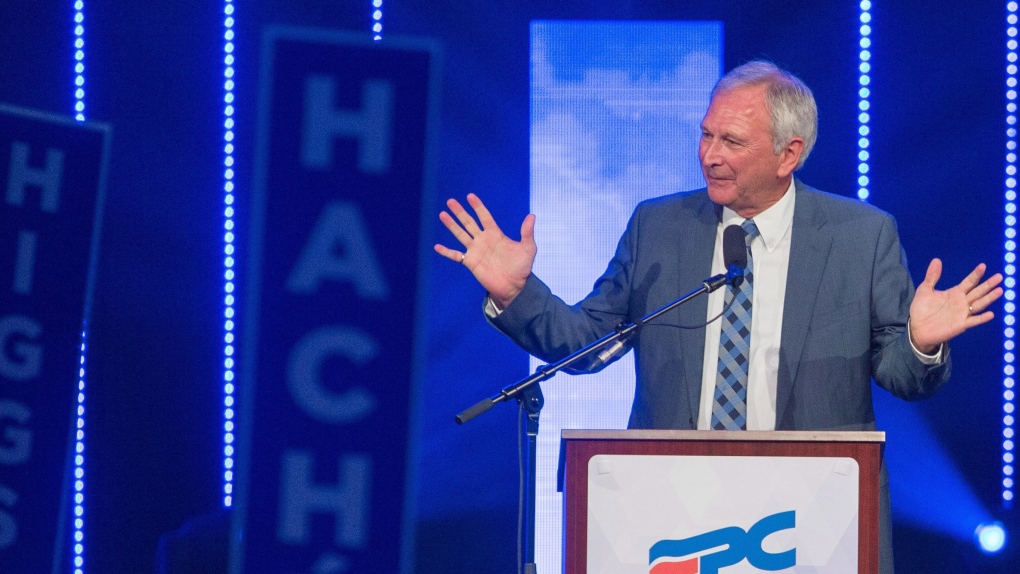 FREDERICTON -- New Brunswick taxpayers should be treated like customers, the provincial Tories say in a campaign platform that touts modest spending and takes direct aim at initiatives brought in under the incumbent Liberal government.

In the platform released Tuesday, the Tories said there would be no new taxes, and promised to reduce wait times for knee and hip replacement surgeries by 50 per cent.

Progressive Conservative Leader Blaine Higgs said voters should be treated like valued customers, and his government would be transparent and "put the province before politics."

"I came from a company where you had to deliver results in order to survive, and that meant that customers, if they wanted your service and to pay for it, you had to give better service," said Higgs, an engineer and former finance minister who worked for Irving Oil Ltd.

"They're paying the bills but they're not getting the service to reflect the amount of money being spent."

Higgs vowed to have a balanced budget in two years. He's also committing to less than $200 million in new spending over the four-year mandate.

"It starts with an election platform that is responsible."

The platform said a Tory government would achieve 85 per cent Grade 2 literacy by 2022, and establish a Teacher Freedom Act that gives teachers and principals the power to choose curriculum plans.

It said they would scrap the Liberals' school nutrition policy banning junk foods and instead give schools the freedom to choose nutritious food options, and eliminate a school closure trigger that requires a district to study any school with enrolment of fewer than 100 students.

Greg Byrne, a spokesman for the Liberal campaign, called the platform "vague" and said it does not provide detailed costing for the initiatives they're putting forth.

"If he's going to balance the budget (in two years), he's going to have to make some significant cuts, and I think people want to know what those are going to be," said Bryne.

But Higgs said that everything was costed that the party could obtain numbers on.

"When you're in government, you have access to more information," he said.

The Liberals issued a news release Tuesday accusing Higgs of having a "secret plan" to layoff 500 teachers and close 79 schools during his time as finance minister, based on a 2013 report by accounting and consulting firm EY.

But Higgs said his government decided not to act on the report at the time, and suggestions that he may adopt its findings if elected premier are "a lie."

"It seems like an act of desperation," he said of the Liberals' attack. "It's one thing to study and understand what avenues you may or may not pursue. We chose not to pursue it, and I have no intention of pursuing it now."

Byrne said a Liberal platform would be coming soon, likely sometime next week.

The programs are currently available in Saint John and Edmundston, and would be expanded province-wide by March 2019.

The NDP announced that it would push for a national universal pharmacare plan that is cost-shared between the federal government and provinces. In the meantime, it would invest $50 million to establish universal coverage.

The provincial election is Sept. 24.