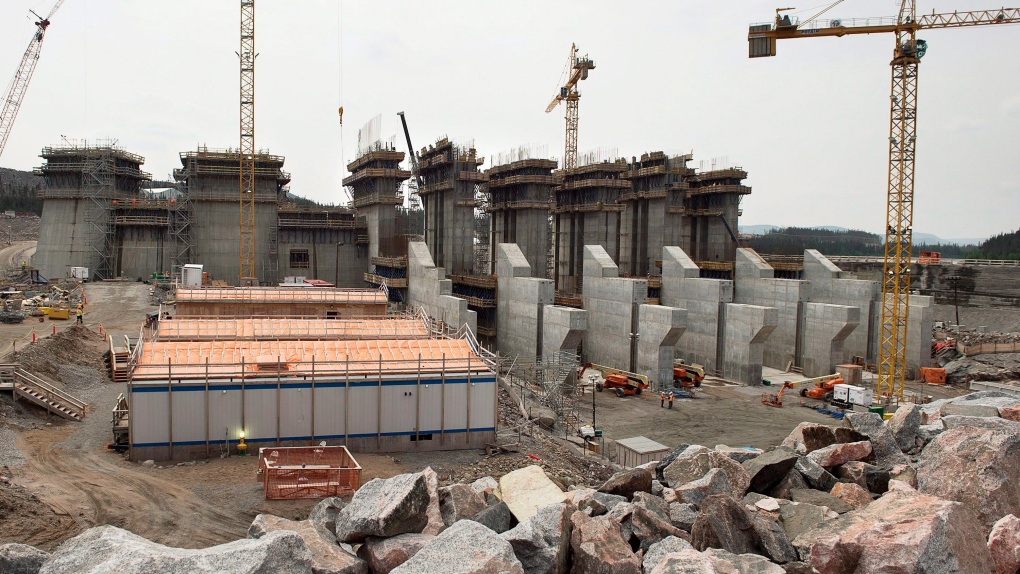 The construction site of the hydroelectric facility at Muskrat Falls, Newfoundland and Labrador is seen on Tuesday, July 14, 2015. (Andrew Vaughan / CANADIAN PRESS)

Crown corporation Nalcor Energy says a new deal with contractor Astaldi to finish the powerhouse and intake is now worth just over $1.8 billion.

That's up about $570 million from the last agreement.

Nalcor confirmed last June that costs had jumped to about $11.4 billion with financing, up almost $4 billion since the project was sanctioned four years ago.

Nalcor says that estimate included much of the extra costs anticipated for the new deal, but will raise the price tag to almost $11.7 billion.

Muskrat Falls will bring power to Newfoundland then on to Nova Scotia, but is not expected to fully function until 2020, about two years behind schedule.