N.S. to pay next to nothing for Muskrat Falls energy: Nalcor CEO 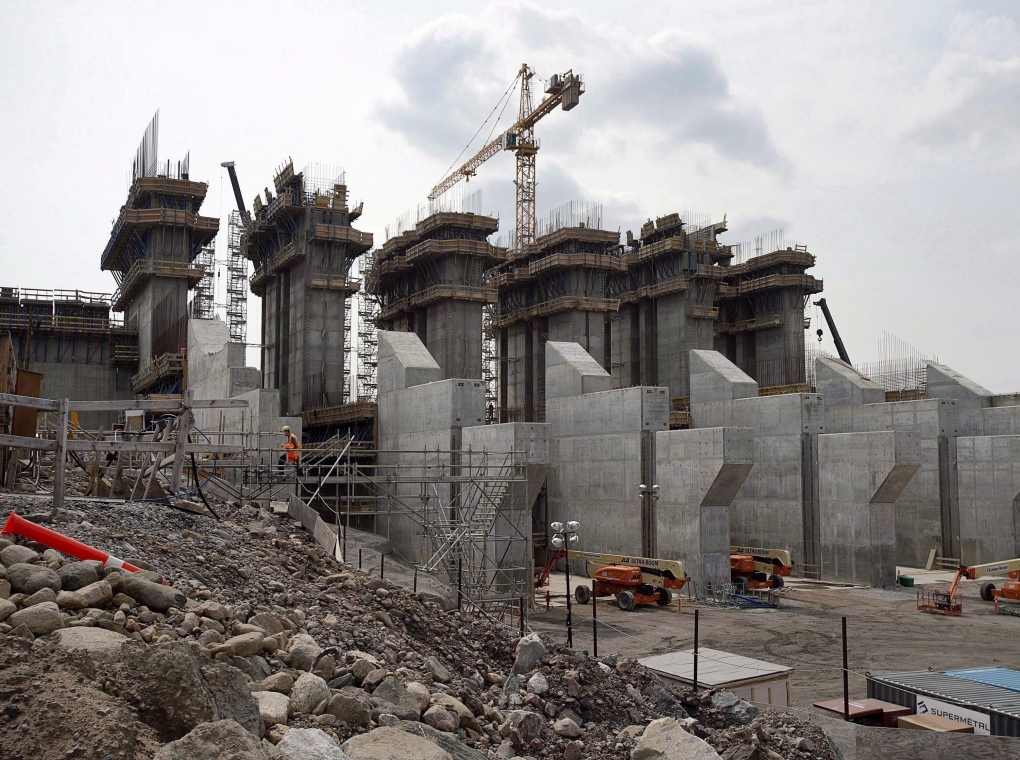 The construction site of the hydroelectric facility at Muskrat Falls, Newfoundland and Labrador is seen on Tuesday, July 14, 2015. (THE CANADIAN PRESS/Andrew Vaughan)

HALIFAX -- Nova Scotia will be getting electricity for "next to nothing" when the Muskrat Falls hydroelectric project in Labrador starts producing energy, the man in charge of the megaproject says.

Nalcor Energy CEO Stan Marshall said the poor arrangement with Halifax-based Emera Inc. is one of the reasons the $11.4-billion Muskrat Falls project has proven to be a bad deal for Newfoundland and Labrador.

He said Nalcor is talking with Emera about changing the terms of existing contracts for the Maritime Link, the 170-kilometre subsea cable that will eventually carry electricity from Newfoundland to Cape Breton. Emera is paying for the $1.6 billion link.

"We only need about one third of (the electricity) on the island (Newfoundland)," Marshall said in an interview this week with The Canadian Press.

"So what do we do with the other two thirds? To get it to market, we gave one third to Nova Scotia for 35 years, for nothing -- other than it is in return for building the (Maritime Link). The remaining one third was supposed to be sold into the market at a big profit, but energy prices have collapsed in the northeast, and it will be sold for next to nothing."

As a result, Marshall said, the project will be an economic burden for Newfoundland and Labrador for at least the next four years.

"This is a project that should not have been done because it's too big for the needs of the province," he said. "We took a risk on what energy prices would be, and we've lost the bet."

Emera and the Nova Scotia energy department did not respond to requests for interviews.

Marshall was hired to take over the delayed and over-budget project in April after the Newfoundland and Labrador government determined Nalcor, a Crown corporation, had not provided proper oversight.

In June, Marshall agreed when asked if Muskrat Falls had become a "boondoggle," saying the project was based on faulty, high-risk assumptions.

Still, Marshall said he remains optimistic he can mitigate some of the economic damage over the long term.

The federal government's bid to have every province take part in some form of carbon pricing could help Muskrat Falls, particularly in the context of new carbon taxes, he said.

"A carbon tax should make this energy much more attractive to others, and we should get a higher price," Marshall said. "With our four- to five-year horizon, I don't think it will go from a burden to an asset ... (But) our objective is to reduce the impact."

As well, he said there are plans in the works to reconfigure parts of Nalcor, and he said the corporation will focus on signing more "firm energy" contracts with customers looking for 10- and 20-year commitments.