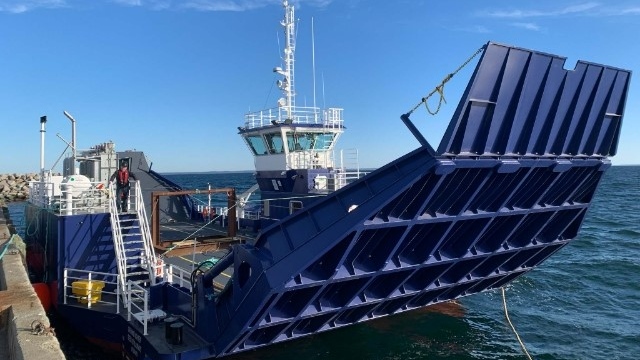 A new ferry in Cape Breton that crosses the Little Narrows between Inverness and Victoria counties will be named after the former grand chief of the We’koqma’q First Nation.

The decision comes following a naming contest involving the We’koqma’q Mi’kmaw School in Whycocomagh, N.S., and the Rankin School of the Narrows in Iona, N.S.

"Grand Chief Sylliboy promoted Mi’kmaq language, culture and spirituality and played an important role in advancing reconciliation. Above all else, he was a wise, humble and caring leader who treated everyone with kindness and respect,” said Kim Masland, the minister of public works.

Grand Chief Ben Sylliboy, a residential school survivor, died in 2017 at the age of 76.

He was known as a respected leader who was committed to serving his community and the Mi'kmaq people.

Sylliboy's wife remembers him as "kind, generous and humble."

The new ferry will allow for three more vehicles and is expected to start crossings later in the spring.