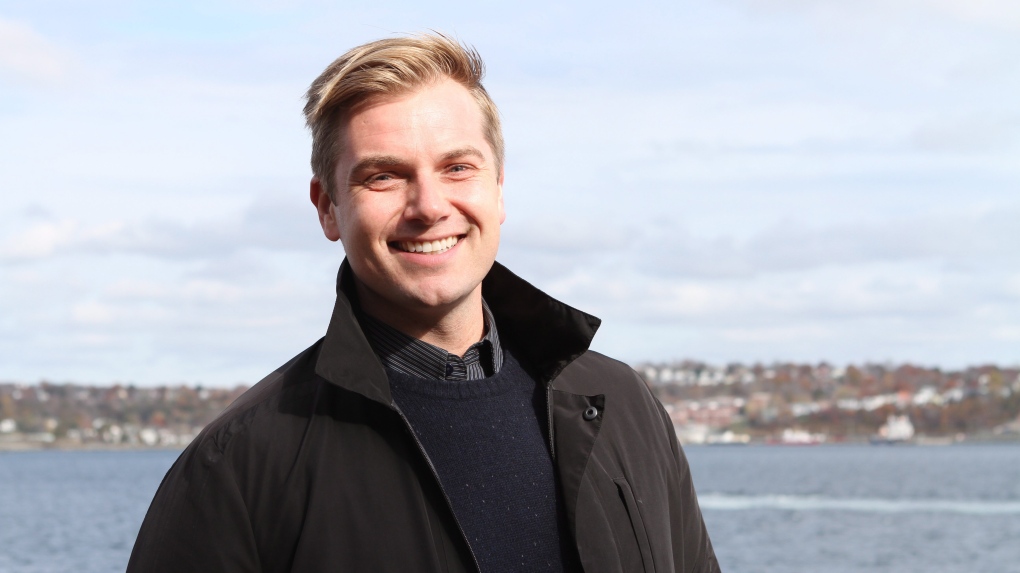 A church group is being pressured to cancel two speakers at a conference in Pugwash, N.S., next month, amid concerns they promote a homophobic message to young people.

The event at Camp Pugwash, a venue owned by the Maritime Conference of the Seventh-day Adventist Church, is scheduled to run from July 20 to 28, in a week-long conference open to families.

Michael Carducci and Danielle Harrison are invited as "youth speakers" at the event. They are leaders of Coming Out Ministries, an Ohio-based Christian group led by "redeemed souls" who tell their personal stories about being "freed from the chains of homosexuality" to follow God.

Two Halifax LGBTQ groups -- Pride Halifax and the Youth Project -- have co-authored a petition asking the church to rescind the invitation, expressing concern that the speakers' message promotes techniques similar to conversion therapy, the practice of trying to change people's sexual orientation.

"Exposing young people to these messages is extremely problematic and they have no place in modern discourse," said Adam Reid, executive director of Pride Halifax, who said community members will discuss next steps at a meeting this week.

"We want to make sure the organizers of this conference are well aware of the risk and rescind this invite to visitors from the United States."

Reid said his organization decided to make the petition public after first reaching out to the church and receiving no indication that the event would be cancelled.

The Maritime Conference of the Seventh-day Adventist Church did not respond to requests for comment from The Canadian Press. Stan Jensen, the Canadian media representative for the church, said in an e-mail last Thursday that he was not aware of any plans to cancel "as of yet."

The Halifax Seventh-day Adventist Church said over Facebook messenger that the church does not promote conversion therapy and said the church is "making this a matter of prayer."

The message also said the accusations of conversion therapy practices against Coming Out Ministries speakers have been "disproven many times."

The Canadian Psychological Association, which condemns conversion therapy, defines it as "any formal therapeutic attempt to change the sexual orientation of bisexual, gay and lesbian individuals to heterosexual," using methods including "prayer or religious rites, modification of behaviours, and individual or group counselling."

Coming Out Ministries does not claim to offer the therapy -- the group's work is self-described as sharing personal testimonials about the spiritual benefits of leaving behind a person's homosexual identity.

Coming Out Ministries' website describes the group as led by "four redeemed souls 1/8who 3/8 have been plucked from the burning and have joined in a united front to provide education, hope and personal stories of God's redemptive process."

Carducci and Harrison share their stories about living an openly gay life, before saying they left it behind after hearing Jesus' teachings. Their speaking engagements and videos are meant to share their stories, so audiences have the opportunity to " 1/8realize 3/8 how God's generous healing for the sexually impure is parallel to the healing process of all sin."

The group also writes that heterosexuality "is not the only plan for His precious children, but is the only one He condones regarding sexual intimacy."

Reid said the suggestion that homosexuality and homosexual acts are impure and unwelcome in the church will have the same negative impact on youth, regardless of whether conversion therapy is used.

"They're not perhaps actually encouraging people to go through a conversation therapy process, the end goal is still the same-to try to get people to deny their sexual and gender identity, which is we know deeply, deeply harmful."

In an interview with The Canadian Press, Reid said that as conversion therapy becomes more widely rejected -- the City of Vancouver recently introduced a bylaw banning the practice -- people who condone the practice are becoming more cautious with their wording.

"At this point they're dancing around the issue. They're saying the things that people who support, or might condone these sorts of messages, cling to and will further support. So, they're just getting a little bit clever with the language used," said Reid.

Earlier this month, a New Brunswick retreat featuring speakers who promoted "healing" for the "relationally and sexually broken" was cancelled.

Seventh-day Adventist Kinship International, a support group for "current or former Adventists who identify as LGBTIQ," published a statement calling on the Maritime conference to rescind the invitation.

"SDA Kinship believes that by promoting these voices as representative of the entire experience within the LGBTIQ community, even though they do not currently identify as such, the church is elevating stories that portray all LGBTIQ people as damaged, sex addicts, drug and alcohol abusers, unfaithful in relationships, and utterly lost if they do not follow the same path of these self-identified 'redeemed' individuals. This is not only unfortunate; it is dangerous," the statement said.

A change.org petition was started last week by a person who says the Maritime Conference of the Seventh-day Adventist Church has invited Coming Out Ministries to Atlantic Canada before.

Matt DeMerchant wrote that Coming Out Ministries visited Sandy Lake Academy, a Bedford, N.S., school affiliated with the Maritime conference, while he was a student.

"I became deeply depressed after hearing their message, and even had suicidal thoughts. I was pushed further and further from God and from His church. Their message is dangerous. I have since found peace within myself. I have found God and will never stop worshiping Him, but I still lead a homosexual lifestyle," DeMerchant wrote.

"This is a direct attack on those of us who wish to continue our faith in God and feel safe in our churches."

DeMerchant could not be reached for comment, and Sandy Lake Academy administrators also did not respond to interview requests.

Reid said his organization plans to continue calling for cancellation.

"Obviously first we'd like to see them cancel, rescind the invite," said Reid. "Then, you know, it would obviously be nice for them to then make some kind of comment saying this is problematic and we're going to do some internal review to ensure this doesn't happen again."