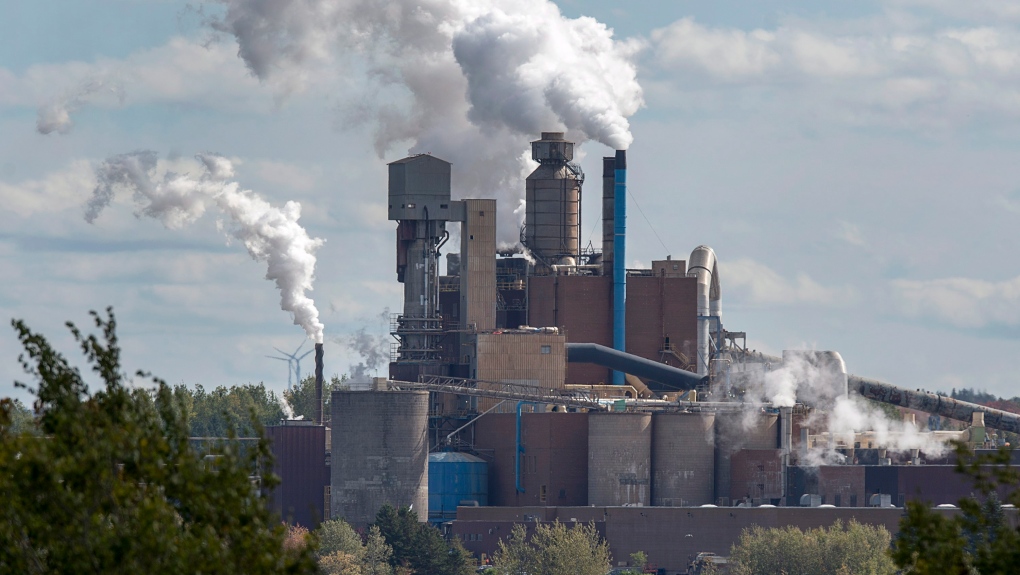 HALIFAX -- A Nova Scotia pulp mill submitted a focus report to the province Wednesday on its controversial effluent treatment plant proposal, which would see it pump millions of litres of treated wastewater into the nearby Northumberland Strait daily.

The province's Environment Department asked for the report following an environmental review in March, when then environment minister Margaret Miller said the government needed more information about the plan.

"At this point in time, I don't want make any kind of a comment on where that report might be as far as our expectations go," Wilson told reporters.

He said the focus report would be made available online within 14 days, once department staff have done a preliminary check to confirm it's complete.

The public will then have 30 days to comment as part of the environmental assessment process, and a decision on the proposed effluent treatment plant will be made within 39 days after that comment period ends.

"There will be a 30-day period which is very important for Nova Scotians to give their voice and for me to hear what they have to say," Wilson said.

He also committed to reading all of the public submissions, an exercise his predecessor said she carried out during the initial review.

"Not only is that a commitment that I'll make today, but I actually -- in my first days as minister -- went through those 4,000 submissions in the previous consultation that we had," said Wilson.

Wilson also wouldn't say whether he would need all 39 days to review the mill's submission -- a period that would last into late December.

Company officials have said that if their plan to pipe 85 million litres of treated wastewater into the Strait is not approved, the mill will close, putting more than 300 employees out of work.

The province's Liberal government passed legislation in 2015 that gave the mill until Jan. 31, 2020, to come up with a new treatment plant project.

That requirement marks a key government commitment to the Pictou Landing First Nation to clean up the Boat Harbour treatment lagoon, which is located on the doorstep of the Mi'kmaq community and currently holds the mill's wastewater.

In a news release, Northern Pulp general manager Bruce Chapman said the company worked hard to produce a science-based document that will "provide a clear path to an approved project."

"Today's science-based report submission is the next step in moving forward with this project that will provide continued environmental protection and economic contribution for the province of Nova Scotia," said Baarda.

The focus report needs to address outstanding questions the province has, such as the route of the pipeline and its potential environmental effects, including the impacts to marine life and the town of Pictou's water supply.

Premier Stephen McNeil has appeared recently to leave wiggle room on the Boat Harbour closure date, but on Wednesday said there is no new legislation currently drafted that might change the deadline.

"There is a process the company is going through now with the regulator," he said.

Local fishermen, a coalition of local residents, the Pictou Landing First Nation and the government of Prince Edward Island are opposed to any plan that would pump effluent into the Strait.

This report by The Canadian Press was first published Oct. 2, 2019.