The three deaths all occurred at Halifax's Northwood long-term care home on Friday. There is no more information at this time regarding the residents.

"My greatest fear was that this virus would make its way into our long-term care homes," said Premier Stephen McNeil. "I was so sad to learn of this devastating loss of life. We are working with Northwood to implement an emergency plan to isolate the virus and protect your loved ones."

Nova Scotia will not be holding a news conference on Saturday, but the province says McNeil and Dr. Robert Strang, Nova Scotia's chief medical officer of health, will provide an update Sunday at 3 p.m.

The province is also reporting 43 new cases of COVID-19 Saturday, matching the previous one-day highest total, and bringing the province's total to 649.

The province says 184 people have recovered from the virus and their cases are considered resolved.

Nine more residents and seven more staff members at a long-term care facility in Halifax have tested positive for COVID-19.

A total of 51 residents and 33 staff members at Northwood’s Halifax campus have now tested positive for the coronavirus, according to a statement posted on their website Friday.

There have also been four home care workers and two health services staff from Northwood who have tested positive. Those numbers have not increased since April 12, but Northwood says they are currently testing additional Health Services staff for potential COVID-19 exposure, and those workers are now off work.

As of April 18, the province was reporting eight licensed long-term care homes in Nova Scotia with cases of COVID-19, involving 67 residents and 48 staff.

The province says that a woman in her 80s in Cape Breton died on Friday as a result of complications related to COVID-19.

"It's with great sadness that I have to tell you that another Nova Scotia family is now grieving the loss of a loved one as result of COVID-19," said Premier Stephen McNeil. "As I offer them my heartfelt condolences, I want to emphasize to all Nova Scotians that we must all continue to work together to fight this terrible disease."

The province has also extended the state of emergency for another two weeks, until Sunday, May 3.

According to a release issued Friday afternoon, N.S. cabinet met Thursday, April 16 by teleconference and agreed to ask the lieutenant governor to extend the state of emergency that was first declared on March 22.

41 of Nova Scotia’s 43 new cases on Saturday were confirmed in the central zone. 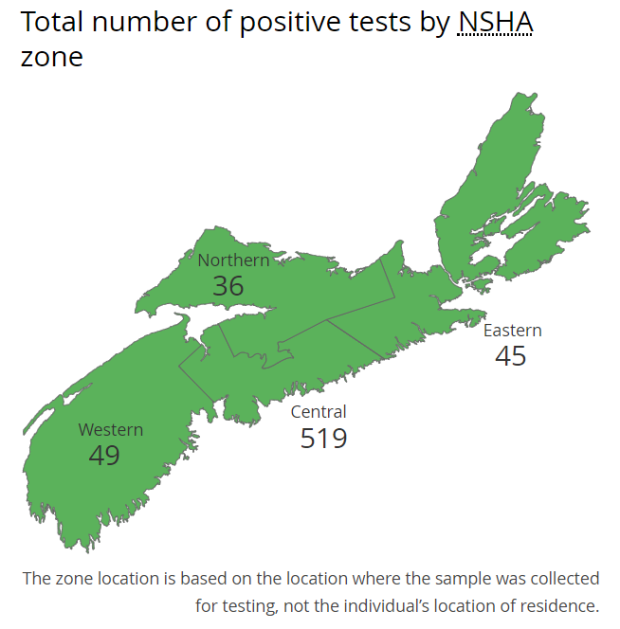 This is a developing story; more to come.