The province says that a woman in her 80s in Cape Breton died on Friday as a result of complications related to COVID-19.

"It's with great sadness that I have to tell you that another Nova Scotia family is now grieving the loss of a loved one as result of COVID-19," said Premier Stephen McNeil. "As I offer them my heartfelt condolences, I want to emphasize to all Nova Scotians that we must all continue to work together to fight this terrible disease."

The province has also extended the state of emergency for another two weeks, until Sunday, May 3.

According to a release issued Friday afternoon, N.S. cabinet met Thursday, April 16 by teleconference and agreed to ask the lieutenant governor to extend the state of emergency that was first declared on March 22.

As of April 17, there were eight licensed long-term care homes in Nova Scotia with cases of COVID-19, involving 55 residents and 43 staff.

"This situation is the one that keeps me awake," said McNeil during Friday's news conference. "We all hear this virus getting into long-term care facilities, and many of our loved ones who are in these facilities have underlying health issues."

Kirsten Saliste Dogan says her mother, who lives in Northwood, has not been tested, despite others on the floor testing positive.

"The three cases on her floor alone are being quarantined in their rooms on that floor, which is also concerning because that means that staff are providing care for presumably unaffected residents, also have to provide care to the residents that have tested positive," says Saliste Dogan.

"I am concerned for her life if she contracts this virus. I really want to hope for the best, but I am preparing for the worst. I'm not sure she would survive contracting this virus.

She also is concerned that Northwood doesn't have enough staff, and wants the province to stelp in to help.

"For the love of God, step in and do something, provide this facility with the support they need so that they can take care of those precious residents," says Saliste Dogan. "They are our most vulnerable, they are our precious family members, they need our support and they need our voice, now more than ever."

"We will aggressively go after this virus inside of this facility, just as we have in this province," added McNeil.

The province says 177 people have recovered from the virus and their cases are considered resolved.

Twenty-five of Nova Scotia’s 27 new cases on Friday were confirmed in the central zone. 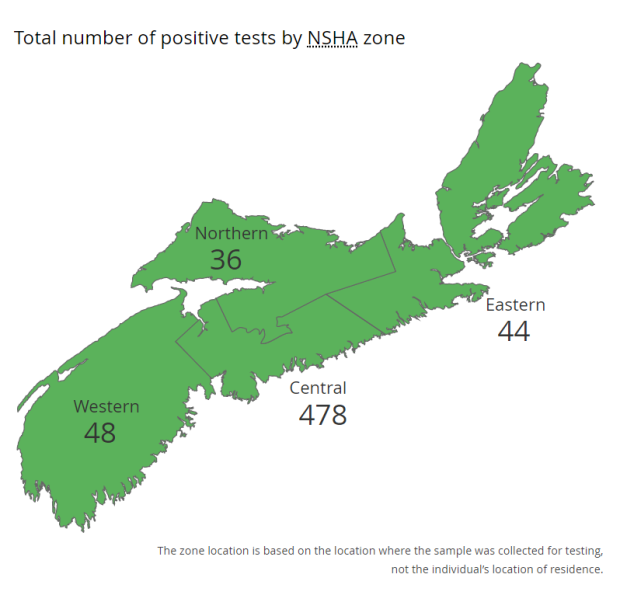 'An especially tough time': Feds rolling out targeted COVID-19 help for some sectors

What to expect if you're getting tested for COVID-19

'No fast way back to normal': How some European lockdowns are easing already

Who is getting the virus, and what comes next? B.C.'s latest COVID-19 modelling data unveiled

Ontario reports most COVID-19 deaths, cases in a single day

As millions of workers apply for help, mothers-to-be say they can't get CERB