When U2 announced its new album last week, it was yesterday's news to a Maritime man who had already heard the news -- from the band themselves.

Guitarist The Edge mailed handwritten letters to a group of select fans, announcing the band's upcoming album “Songs of Surrender.” 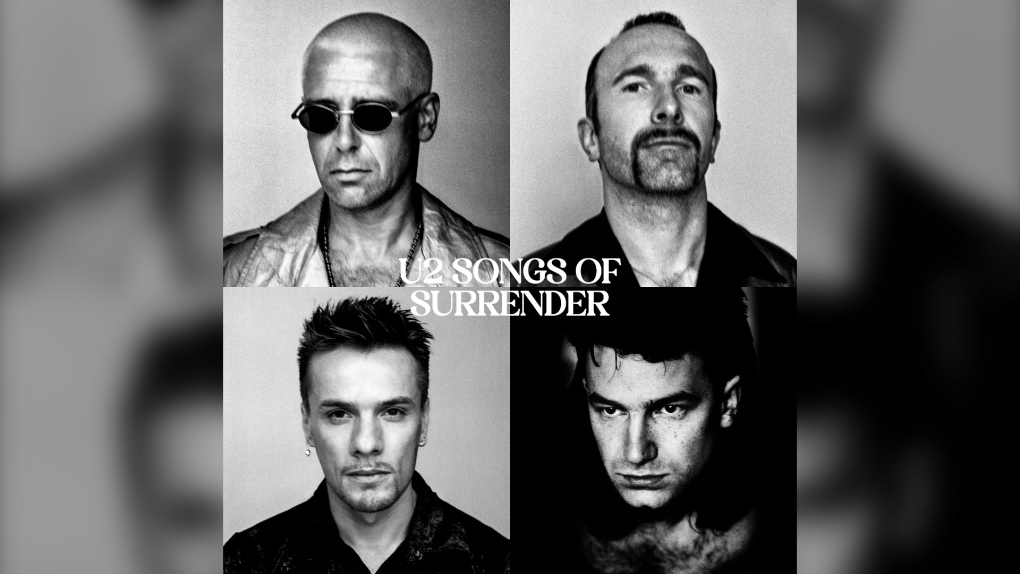 “They were fans from around the world -- Japan, Indonesia, Brazil -- and one of the letters came to Canada,” says Aaron Sams.

“I started listening to the band in 1983. A friend, his older sister loaned me a copy of an album and it’s still in the collection behind me,” he told CTV Atlantic’s Katie Kelly in his “U2 room” that’s filled with memorabilia.

Among the items is the newly-arrived letter from The Edge in a frame, announcing “Songs of Surrender,” which is set for release on March 17.

I was at a loss for words when I opened this. This year is my 40th anniversary of discovering this band. So the whole #U2SOS40 hashtag has a little extra meaning for me right now. 1/9 https://t.co/uDFOTomInA

“It’s 40 songs that they’re going back and recreating,” says Sams.

If you look closely at his letter, it’s numbered 1 of 40 in the top right corner.

But would Sams consider himself U2’s No. 1 fan?

Sams has hundreds, if not thousands, of collectables, including many rare items, like a guitar pick given to him by The Edge in Dublin.

Sams has travelled to 13 countries to see the Irish icons perform live many times.

“Officially, U2 concerts, less than 100 [shows]. But if you start throwing in sound checks, Bono’s solo concerts and the like, I just crossed 100 in Dublin in November.”

As for how much money Sams has spent on the band -- he doesn’t know.

“A couple of items in the collection are worth quite a bit, and the touring and the travel, that all adds up over the years.”

He even started a U2 fan website when he was a university student, 28 years ago.

“It’s been the longest-running U2 website on the internet for some time now. We predate even the band’s official website,” Sams says.

Due to his extensive U2 knowledge, Sams has contributed to many books over the years and is even about to release his own.

Sams features every single tune by the band in the book ‘’U2 Song by Song.”

“It includes 300 quotes from the band talking about the individual songs. A lot of stuff like chart positions,” he says. “It’s a real love letter to the songs.”