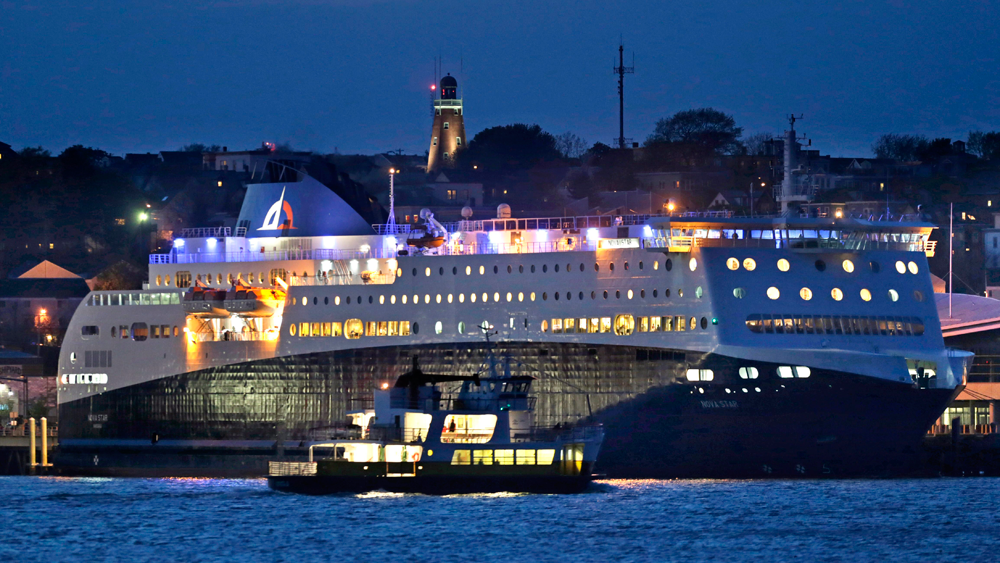 A Casco Bay Lines ferry passes by the Nova Star ferry as the 528-foot, $165 million ship prepares to make its maiden voyage from Portland, Maine to Yarmouth, Nova Scotia on May 15, 2014. (AP Photo/Robert F. Bukaty)

HALIFAX -- A decision on who will operate the Yarmouth to Maine ferry next year likely will not be made until this sailing season is finished, Nova Scotia's transportation minister said Thursday.

Geoff MacLellan had expected to announce an operator for the 2016 season this week, but said he needs more time to make a decision.

MacLellan said Nova Star will continue to operate the service for the remainder of the 2015 season.

He said ensuring stability and continuity was a key factor in his decision.

"If we were to hastily jump into a decision now, it really would throw uncertainty into the conversation, into the whole service," said MacLellan after a cabinet meeting on Thursday.

MacLellan said three potential operators have expressed interest, and discussions with all three -- as well as Nova Star -- are ongoing.

He said unless there is a compelling proposal, he likely will not make a decision about the 2016 sailing season before the end of this season.

The government has committed $13 million to the service for 2015, and as of Aug. 20, Nova Star has received $8.1 million. The province spent $28.5 million to subsidize the ferry last season.

MacLellan said Nova Star has asked for an additional $2.5 million this year, but he said the company will not receive any more funding until the province has reviewed financial data it just received from the company.

He said province first started asking for the Nova Star's 2014 audited financial statements more than four months ago, but only received them this week.

"It's frustrating," MacLellan said of the length of time it took to receive the statements. "This is a very heavy file and a very heavy conversation for Nova Scotians ... People want answers and they want stability."