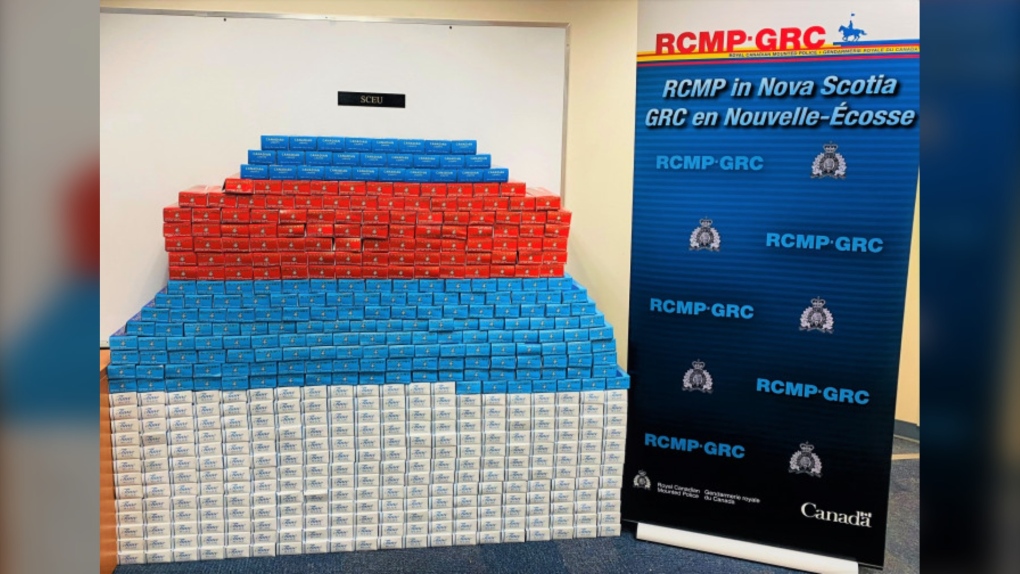 N.S. RCMP says unstamped cigarettes were seized after they executed a search warrant at a Yarmouth home.

Two men are facing several charges, including possession of a weapon for a dangerous purpose, after police executed a search warrant in Yarmouth, N.S.

“During the search police seized unstamped cigarettes, a chemical irritant, cash, a digital scale and cellular phones,” said a spokesperson for the RCMP.

Patrick Wade Walsh, 58, and Arnold Norman Cottreau, 62, both of Yarmouth, have been charged with the following:

Both men have been released and will appear in Yarmouth Provincial Court on March 1 at 9:30 a.m.

Power outages caused by the powerful and deadly storm that swept across Ontario and Quebec on Saturday are stretching into another day, as hydro providers warned customers they could be waiting even longer for service to be fully restored.

An infectious disease expert believes monkeypox outbreaks can be contained by using a strategy called 'ring vaccination' – which means vaccinating all the close contacts of an infected person.

Health Canada says it is preparing for the possibility that a shortage of sunflower oil could further strain baby formula supplies in Canada.

11 killed in shooting attacks on 2 bars in Mexico

Russia's theft of Ukrainian grain appears to be ramping up as it continues its war on the country, according to new satellite photos of the Crimean port of Sevastopol.

A report looking into a mapping program the RCMP had access to -- but couldn't open -- during the 2020 mass shooting in Nova Scotia concludes it could have helped contain the killer's rampage.

Actor Amber Heard rested her case Tuesday in the civil suit between her and ex-husband Johnny Depp without calling Depp to the stand.

200 bodies found in Mariupol as war rages in Ukraine's east

Workers digging through the rubble of an apartment building in Mariupol found 200 bodies in the basement, Ukrainian authorities said Tuesday, as more horrors come to light in the ruined city that has seen some of the worst suffering of the 3-month-old war.