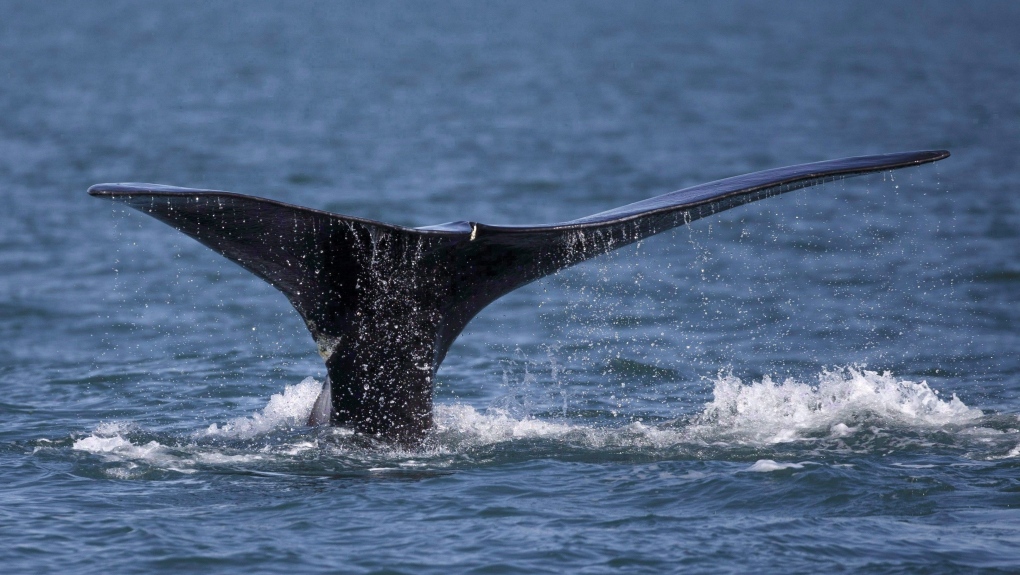 A North Atlantic right whale appears at the surface of Cape Cod bay off the coast of Plymouth, Mass., on March 28, 2018. (THE CANADIAN PRESS / AP-Michael Dwyer)

SHIPPAGAN, N.B. -- Ottawa has announced this year's measures to help protect North Atlantic right whales, building upon rules in place in the Gulf of St. Lawrence in 2018 -- when none of the endangered mammals were found dead in Canadian waters.

Beginning April 28, the government will reintroduce mandatory speed restrictions for vessels 20 metres or longer when travelling in the western Gulf.

Ships will continue to be allowed to travel at safe operational speeds in parts of two shipping lanes north and south of Anticosti Island, when no whales are in the area.

But the area with mandatory speed restrictions will be adjusted this year to reflect data on right whale sightings and to minimize the impact on the cruise chip and shipping industries.

Ottawa is also reducing the protection area for the season-long closure to the snow crab and lobster fisheries by half, to reflect where 90 per cent of right whales were spotted last year during prime fishing season.

In 2017, 12 North Atlantic right whales were found dead in the Gulf.

Necropsies on seven of the whales found four died from trauma consistent with vessel collisions while two deaths were the result of entanglement in fishing gear.