Out of necessity: Maritime businesses reinvent themselves during COVID-19 crisis 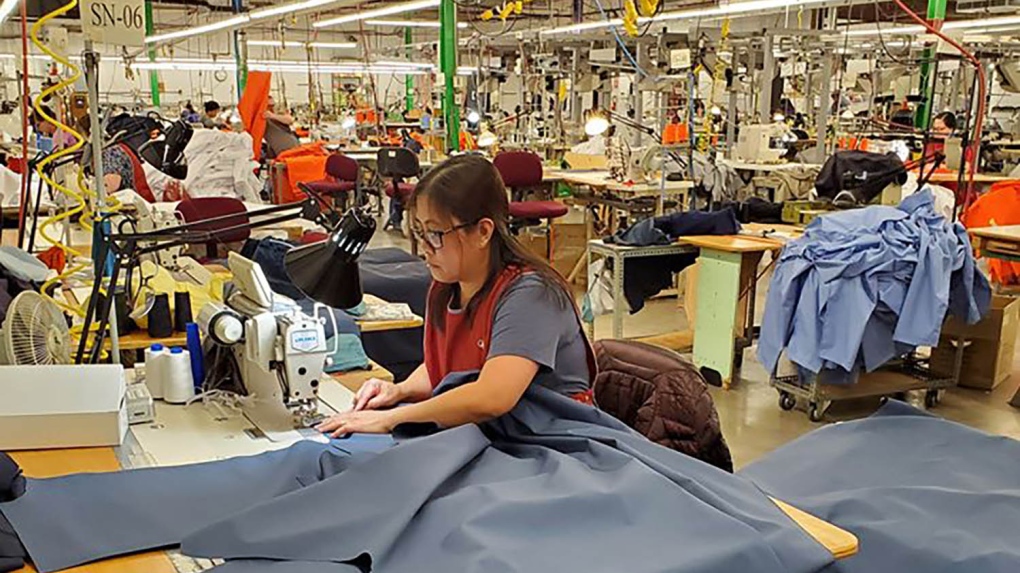 STELLARTON, N.S. -- While business may have slowed down for some Maritime companies, employees at a garment-manufacturing facility in Stellarton, N.S. are working flat out – making protective garments for healthcare workers.

For more than 40 years, WearWell Garments Limited has made industrial workwear – items such as pants, uniforms, and coveralls.

But with growing concern over a potential shortage of personal protective equipment (PPE) for healthcare workers due to COVID-19, the company decided to quickly shift gears.

“It became obvious that there was a demand for more medical equipment,” says the company’s sales director, Cynthia Outred.

“We have the patterns, we have the equipment, and we have really talented people who work for us that are able to manufacture it.”

The company has made medical gowns and scrubs in the past, so it decided to refocus its efforts there.

WearWell is now busy filling orders for hundreds of medical gowns and masks for long-term care facilities in Nova Scotia.

“The current gowns and masks we’re making, they’re called ‘precautionary,’ so what it basically is something that provides a physical barrier,” says Outred.

“It’s a gown like you would think of like a ‘johnny shirt’ but it has long sleeves.”

It’s just one example of how Maritime companies are shifting gears to make protection for front-line workers.

The family-founded company plans to start making medical gowns at its Truro, N.S., factory soon. The head of the company says the plant can make 2,000 gowns a day.

New Brunswick’s Irving Oil is also retooling, adding hand sanitizer to the roster of products made and packaged at its Saint John facility.

But even smaller companies are doing what they can to try to make a difference.

Hallmark Dental, a dental laboratory in Halifax, has adapted its high-tech 3D printer to make parts for medical face shields.

The machine is normally used to produce dental molds and implants. 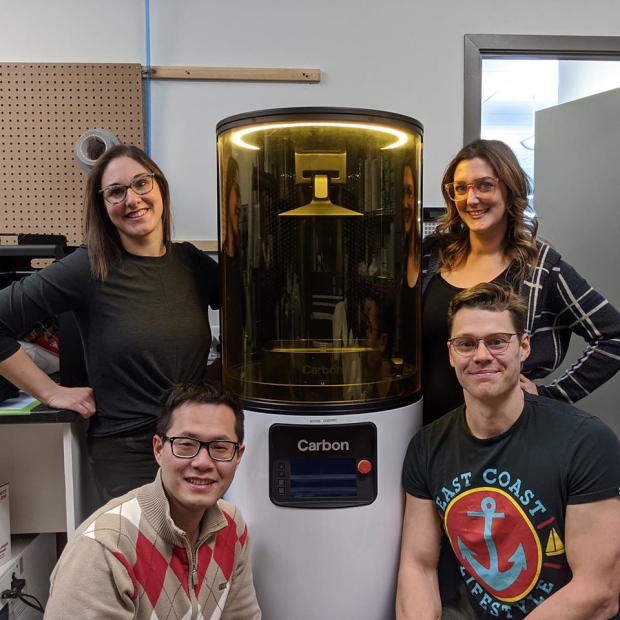 Business for the company has slowed considerably after dentists throughout the province had to shut down because of COVID-19.

Now the company is hoping to bring some of its employees back on the job to print headbands for face shields. Its machine can print 10 at a time, taking little over an hour.

One of Hallmark's’ dental managers, Manuel Fischer, says the province estimates it could need up to 800,000 masks for healthcare workers. The company is now waiting for the province to test and approve its design and materials.

“We are still waiting for the approval from the government, from Nova Scotia Health,” says Fischer. “I hope it’s going to be by the end of this week.”

The owner of Hallmark Dental, who’s also president of the Nova Scotia Dental Technicians Association, says dental labs throughout the province with similar equipment are ready to produce whatever is needed, including the specialized filtering facepieces for N95 masks and ventilators.

“Hopefully we don’t get to the point where we have to print ventilators,” Christian Hall says. “Because that would be a bad situation. But if we needed, we could step up and print thousands of ventilators.”

Those who work at businesses like Hallmark Dental and WearWell Garments are proud to be pitching in to do what they can do help.

“We just want to be part of the solution,” says Outred. “We want to be able to support the people in Canada that are really the ones doing the important work.”