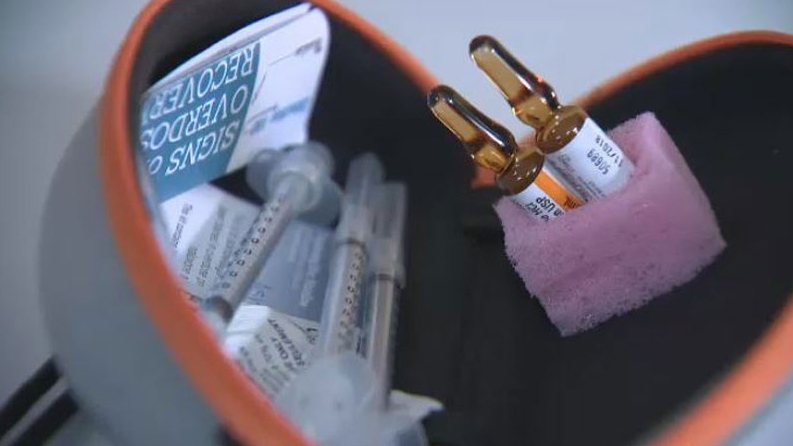 A press release from the Nova Scotia Health Authority (NSHA) noted that the site welcomed six clients within its first hour. For Christine Porter, executive director of Ally Centre of Cape Breton, the service marks a meaningful shift to reducing harm for people who use drugs on Cape Breton Island.

“Peer Six provides a safe and supportive environment for people to inject, snort, or ingest drugs. It is staffed by people with lived and living experience trained in all areas of overdose prevention and harm reduction," Porter said.

“Peer Six OPS is rooted in a compassionate, evidence-based, and client-centered public health approach," Kancir said. "This opening is an important milestone in efforts to help reduce health and social harms for people who use drugs in Cape Breton.”

Last year, Nova Scotia Health reported 15 substance-related deaths in the Eastern Zone of the province. Eight of those were opioid-related.

In a statement issued to CTV News Atlantic, NSHA senior communications advisor Brendan Elliott noted there are no plans to expand overdose prevention sites across the province. However, they will be monitoring and evaluating the current sites to help inform future plans.

The Department of Health and Wellness announced plans for the overdose prevention site in December 2021, when $500,000 was allocated to the Ally Centre and Direction 180 in Halifax over two years to help operate the service.

According to Ellliott, the site has two booths and will be open between 10 a.m. and 3 p.m. The program is free to clients.

NSHA could not say how much the two overdose prevention sites would save taxpayers in health care costs.

Peer Six OPS was funded as part of the province’s Opioid Use and Overdose Framework that aims to prevent opioid overdose deaths in Nova Scotia. The site will also include needle distribution and disposal, primary health care services, and street outreach nursing.