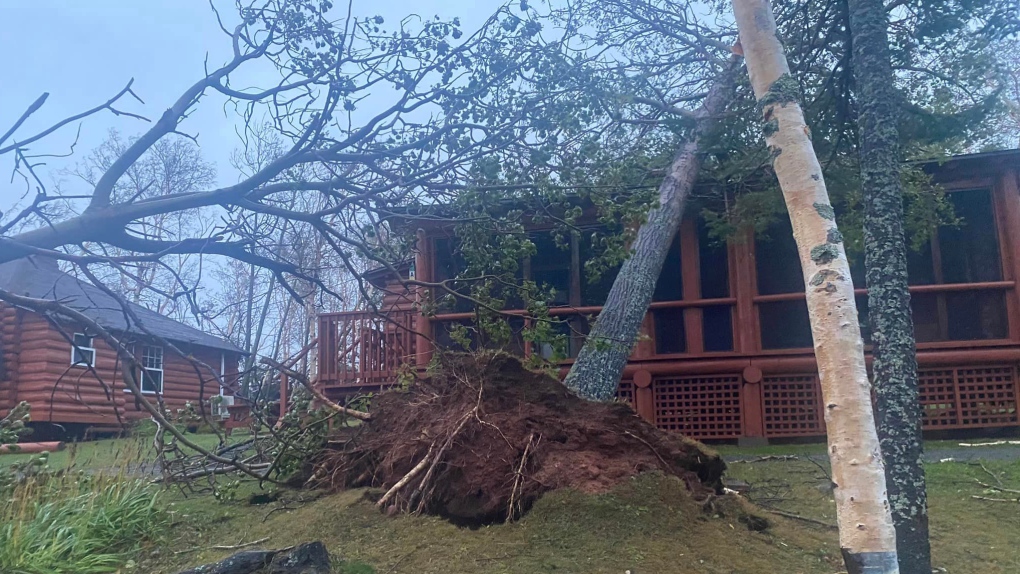 In a Facebook post, the resort noted that they had minimal staff and guests on-site, but confirmed the property suffered from structural damage. (PHOTO: Pictou Lodge/FACEBOOK)

As the clean-up from post-tropical storm Fiona continues across much of Atlantic Canada, two Maritime resorts are suffering from significant damage.

That includes the Pictou Lodge Beach Resort in Nova Scotia, which is dealing with downed power lines “all over” its property.

In a Facebook post, the resort noted that they had minimal staff and guests on-site, but confirmed the property suffered from structural damage.

“It may take us several days to get the power back on,” the post reads. “We are not able to operate without power, so we will be closed until further notice.”

The resort is also working on damage estimates and a timeline for restoration, and will alert those with accommodations or reservations when they have more information. In the meantime, the owners are asking visitors to stay away from the resort to ensure their safety while work is done on power lines.

In western Nova Scotia, the Digby Pines Golf Resort and Spa was largely unaffected by Fiona, and the resort is open for business as usual.

While the golf course and 19th hole are open, the resort says in a Facebook post that the course is still very wet and carts can only be used on designated paths.

Resorts on Prince Edward Island were also affected by Fiona.

In a Facebook post, Dreams to Sea Cottages PEI shared that they suffered minimal damage to their roof, playground, and pool’s fence.

Unfortunately, the owners of the Stanhope Golf and Country Club in Charlottetown were not so lucky.

On Saturday afternoon, a fire broke out at the country club, causing the Stanhope clubhouse to burn to the ground.

As of 8:30 p.m., more than 90 per cent of customers on Prince Edward Island remain without power.

Nine out of 10 Canadians think a 2023 recession is at least 'somewhat likely': Nanos poll

Nine out of 10 Canadians believe there could be a recession in 2023, according to a new national survey, with four out of 10 calling it 'likely.'

Prayer. Bombs. Walls. Over the decades, people have tried all of them to stanch the flow of lava from Hawaii's volcanoes as it lumbered toward roads, homes and infrastructure.