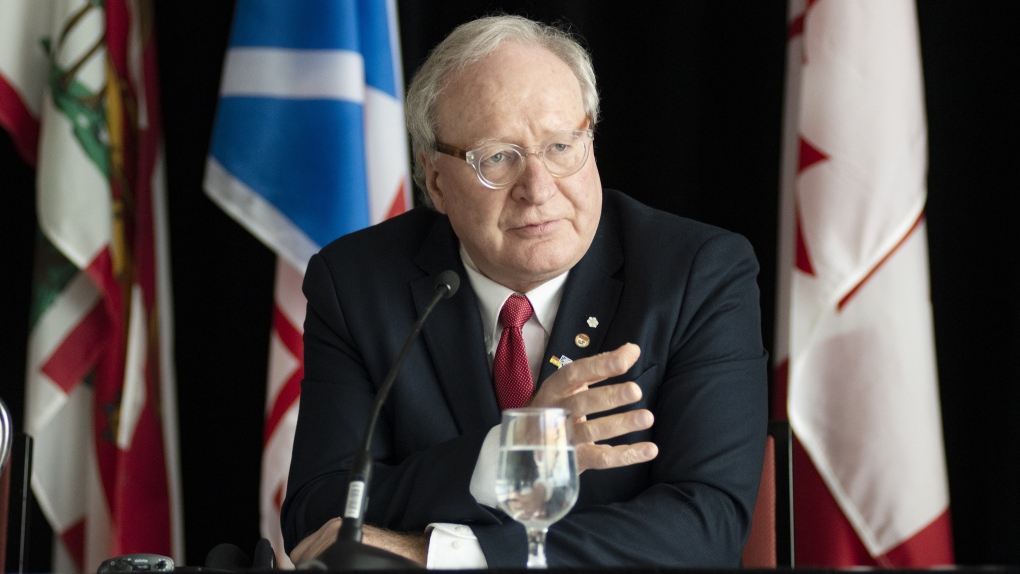 Prince Edward Island Premier Wade MacLauchlan speaks during the wrap up news conference of the meeting of the Council of Atlantic Premiers in Charlottetown on Wednesday, January 23, 2019. THE CANADIAN PRESS/Brian McInnis

CHARLOTTETOWN -- P.E.I.'s governing Liberals are planning a "special announcement" tonight, amid mounting speculation of a spring election on the Island.

The party issued an advisory this afternoon saying the announcement would come during a candidate nomination meeting at a Charlottetown hotel.

Premier Wade MacLauchlan doesn't have to take voters to the polls until Oct. 7 under the province's fixed-date election provisions, but there have been indications the Liberals want to go early in an effort not to overlap with the federal election this fall.

Despite a booming economy, polls suggest the Liberal party is likely facing a rough ride, with the Green party seen as a legitimate contender for power.

A Corporate Research Associates poll released this month suggests the Greens had a healthy lead, followed by the Progressive Conservatives, who picked a new leader, Dennis King, in February.

The Liberals were in third place, the poll suggests.

The Island has only ever been governed by the Liberals or Tories.

Green Leader Peter Bevan-Baker became the first party member elected to the legislature in 2015, and he has worked to build the Green brand, mainly by challenging the notion that the party is devoted to nothing more than environmental activism.

The party snagged a second seat when Hannah Bell, the 48-year-old head of a businesswomen's association in Charlottetown, won a 2017 byelection.

The Liberals have been in power since 2007, and there are signs MacLauchlan -- a longtime academic who began his political career in 2015 as premier -- is personally unpopular.

The last time a minority government was elected in P.E.I. was 1890.

Whenever it comes, the P.E.I. election will also include a binding referendum on electoral reform -- asking voters if they wish to stay with the current first-past-the-post system or change to a mixed-member-proportional-representation model.