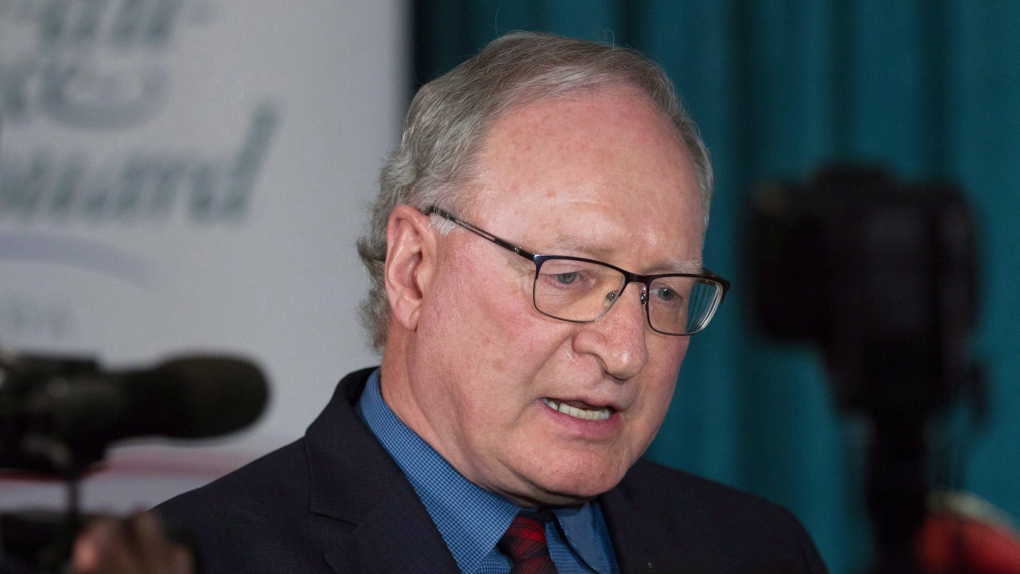 Prince Edward Island Premier Wade MacLauchlan speaks at a press conference in Charlottetown on Thursday, March 31, 2016. MacLauchlan has announced his government will not fight a legal challenge launched by the group Abortion Access Now in the Supreme Court of P.E.I. (John Morris/THE CANADIAN PRESS)

SUMMERSIDE, P.E.I. -- The Prince Edward Island government has chosen the Prince County Hospital in Summerside as the location for a Women's Wellness Centre that will offer abortions.

Until now, Prince Edward Island women seeking an abortion had to travel off the Island for the procedure.

The provincial Liberal government announced in March that it would not fight a legal challenge launched in the province's Supreme Court by the group Abortion Access Now, which said the province has an obligation to provide safe abortions under the Charter of Rights and Freedoms.

A release from the P.E.I government says the new centre will provide care for Island women needing specialized reproductive and sexual health services, including "pregnancy termination."

The province is providing $5.35 million in funding for an expansion of the hospital's Ambulatory Care Centre that will include construction of the new centre.

P.E.I. is the last province in the country to allow abortion access within the province, 28 years after the 1988 Morgentaler decision of the Supreme Court struck down laws restricting abortion in Canada. SUMMERSIDE, P.E.I. -- Almost six months after a final capitulation on its long-standing refusal to provide abortions to women in-province, the government of Prince Edward Island has -- with minimal fanfare -- announced plans to build a clinic where the service will be offered.

"It's an exciting day," said Ann Wheatley of the group Abortion Access Now, who had threatened legal action in an effort to pressure government to provide the service.

"It's really gratifying to know that all the work they we put into this over the years has paid off and that we have a concrete plan now for a women's wellness centre that will include abortion services," she said.

The province's Liberal government held a news conference Friday to announce it had chosen the Prince County Hospital in Summerside as the location for a Women's Wellness Centre. However, an extremely careful reading of the news release reveals just one line -- near the end -- that says one of the offered services will be "pregnancy termination."

"It wasn't meant to be downplayed," Health Minister Robert Henderson said in an interview. He said the procedure is just one of many services that will be provided by the new centre, including pre-natal and post-natal care, and sexual health services.

Prince Edward Island is the last province in Canada to refuse to provide abortions within its borders, forcing women seeking the procedure over the last three decades to travel off the Island. An agreement has been in place with hospitals in Nova Scotia and New Brunswick.

Premier Wade MacLauchlan announced in March that his government would not fight a legal challenge launched in the province's Supreme Court by Abortion Access Now, which said the province has an obligation to provide safe abortions under the Charter of Rights and Freedoms.

Henderson said at the time that a women's reproductive health centre would be in place somewhere on the Island by the end of the year.

The province is providing $5.35 million in funding for an expansion of the Prince County Hospital's Ambulatory Care Centre that will include construction of the new centre.

P.E.I. is the last province in the country to allow abortion access within the province.

"The fundamental reality is that the legal rights of island women have to be upheld and as a government we are pleased to announce that we will be providing those services and we are moving forward," said Henderson.

Wheatley said it's an equality issue.

"This is about a service that women have the right to. We had that right denied in Prince Edward Island for the last 30-odd years," she said.

Wheatley said she was surprised that the abortion component seemed to be downplayed at Friday's news conference, noting that it wasn't mentioned by either the premier or the minister.

Henderson said more than 100 women leave the island each year for an abortion and he expects most will now opt to have the procedure done in Summerside.

Henderson said construction of the new 5,000-square foot addition to the hospital will take about 18 months but some services will be available sooner.

"We will be starting to incorporate some of the services involved, probably in the new year in early January. As space becomes available and as construction evolves we'll be able to provide some of those services," he said.