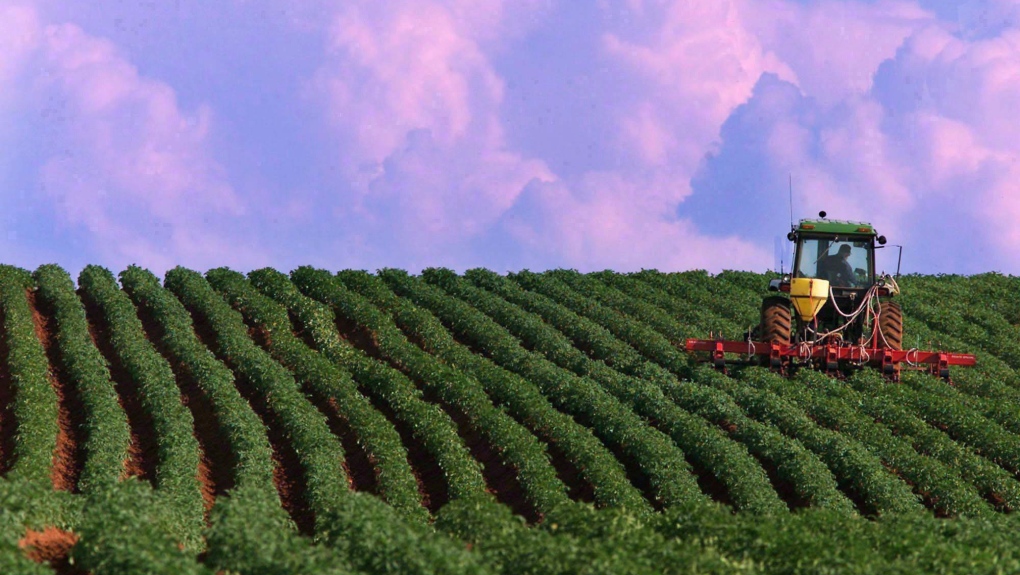 Prince Edward Island's potato board is taking the province's spuds from the fields to the virtual realm in a new marketing campaign.

The board has sent a dozen kits containing virtual reality goggles to large retailers across the country to give viewers a sense of what growing and harvesting the tuber is like on the Island.

Produce from P.E.I. represented nearly a quarter of Canada's total international potato exports from 2009 to 2018, on average, according to provincial data, and the Island is expected to remain one of the country's largest potato-producing provinces in the coming years.

P.E.I. Potatoes marketing director Kendra Mills said in a recent interview the campaign addresses a challenge created by the COVID-19 pandemic. Previously, sellers and distributors would visit P.E.I. and get a real-life look at the harvest and the product, Mills said, but travel restrictions have made those trips harder.

With the virtual reality goggles, however, viewers get to experience the harvesting process without needing to be in the province.

"We found a way to bring them directly into the fields, onto the farms, the warehouses, and talk with the farmers themselves without having to really leave (their) home province," she said.

Recipients got goggles loaded with several short videos that take viewers through the complete process of growing potatoes, from planting and harvesting to grading and shipping, Mills said. The videos were created using footage from 360-degree cameras that were stitched together to form the clips. One camera was placed on top of a harvester, giving the viewer, in some cases, "a better view than if you were there yourself," she said.

The initiative began just weeks before the federal government announced last week it was suspending potato shipments from the Island to the United States after the discovery of fungal potato wart in two P.E.I. fields. The board, which represents the province's potato growers, has since begun to call on Canadian buyers to buy local, Island-grown potatoes as it deals with the export ban to the United States.

Giant Tiger, a Canadian chain of discount stores and one of the board's vendor partners, received a pair of goggles last month. Spokesperson Aaron Wade said in an emailed statement they were the first virtual reality marketing materials the company has ever received.

"The V.R. kit certainly set the P.E.I. Potato Board apart," Wade wrote. "It is not every day we can visit these growing areas, and being able to have the Island come to us was a great experience."

Viewers were made to feel like they were standing in potato fields beside farmers during the planting process or bagging finished products that were ready for retail, Wade added.

The board worked with Charlottetown-based marketing company Furrow Creative on the campaign. Furrow founder and executive producer Craig Harris said in a recent interview the technology is allowing companies to "export" their unique products and experiences to anyone in the world for a fraction of the cost attached to travelling for an in-person appearance.

"It's been really fun and exciting," Harris said. "Some people just don't understand what it takes to actually produce a potato until they (see) it."

Aside from eliminating the expense of travel, Harris said virtual reality campaigns reduce the environmental cost of travel as well. He added that virtual tours can also prevent disease transmission from farm to farm.

Wade went on to say that apart from impressing buyers by using the uncommon marketing strategy, the potato board's efforts highlighted "the work put in by Canadian growers behind the scenes."

"As a proud Canadian retailer committed to working with Canadian growers, it is incredible to see this kind of innovation coming from our Canadian partners," Wade wrote.

This report by The Canadian Press was first published Nov. 30, 2021 and was produced with the financial assistance of the Facebook and Canadian Press News Fellowship.