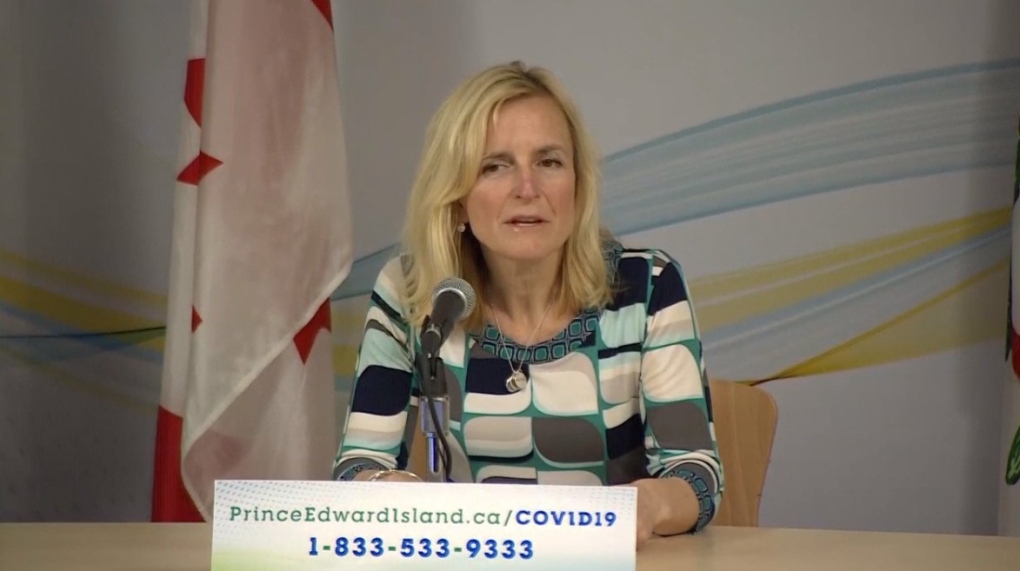 HALIFAX -- For the sixth straight day, Prince Edward Island has identified no new cases of COVID-19, as the total number of cases in the province remains at 25.

The last time P.E.I. announced a new case of COVID-19 was on April 8, when three new cases were reported.

On Tuesday, the province also released projection modelling of the impact COVID-19 may have on the province.

"Models are just one of many tools to inform a public health response. Today is really an assessment of our current status of the COVID-19 epidemic on P.E.I., and to look at some of the scenarios," said Morrison.

P.E.I.'s models displayed the difference between the strong control scenario, under the public health measures they are currently following, and a mild control scenario.

The province is currently projecting nine total deaths and 120 hospitalizations from COVID-19 under the current strong control scenario.

Under the mild control scenario, the province projected 900 total fatalities and 14,000 hospitalizations. 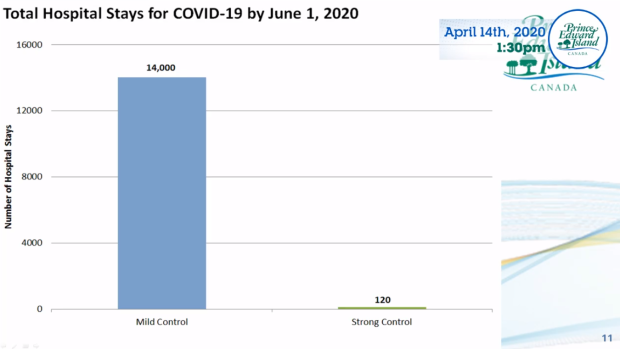 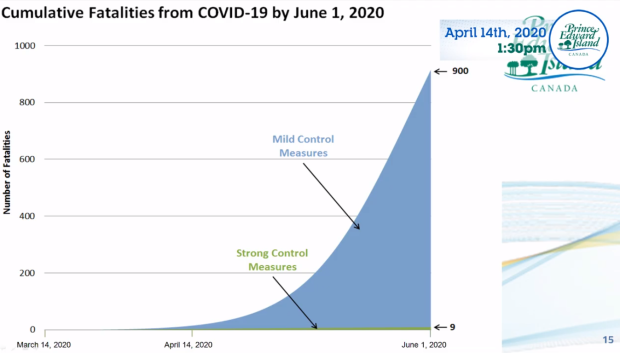 "The numbers in this model, which may be sobering to some, demonstrate just how serious this pandemic is, and why we have been working so hard, and so smartly together to mitigate and contain the spread," added P.E.I. premier Dennis King. 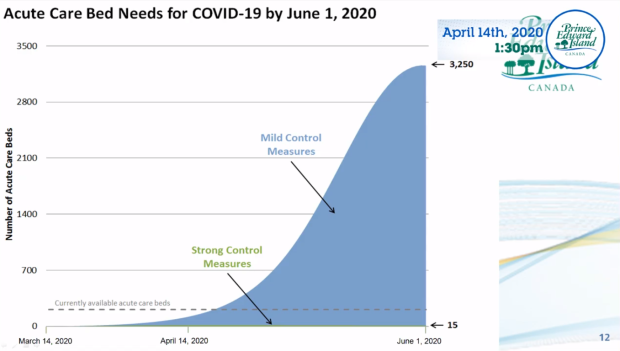 The modelling was put together by a group of experts, including the Atlantic Veterinary College, epidemiologists from the Chief Public Health Office and other government officials, said Morrison.

The province has conducted nearly 2,000 tests, with 1,827 tests coming back negative. The results of 111 tests were still pending as of Tuesday.

"Our actions have made a difference as islanders. We are still in the early stage of the epidemic, and we have the opportunity to control this epidemic," said Morrison.

All cases on the island have been connected to travel. Seventeen of the cases are located in Queens County, with the other eight in Prince County. Zero cases have been identified in Kings County.

The province says cases are deemed recovered if it has been 14 days since symptoms began, and the patient's symptoms have markedly improved and they do not have a fever. If the case was asymptomatic, they use the date of the test to start that 14-day period.

Later on Tuesday, P.E.I. government officials held a news conference detailing some of the updated financial relief efforts and education plan for the island.

Brad Trivers, Minister of Education and Lifelong Learning, announced the following plans for education on P.E.I.

"We are proud of our ambitious Island youth who work very hard to pay for their education and we deeply appreciate the significant sacrifices that Island parents make to help with the cost of their children's education," said Trivers. "We are committed to making sure our university and college students don't fall behind and can continue to focus on their studies as we get through this uncertain time together."

Jamie Fox, Minister of Fisheries and Communities, announced support for the hiring of 250 students through Team Seafood, which will see students who work in the seafood sector receive a bursary support of $1,000 for high school students, and $2,000 for university students.

As well, Fox announced the annual Jobs for Youth placement will be increased by 280 additional employment placements, with private sector employers who hire students receiving an increased subsidy from 50 per cent to 75 per cent of the student's wage.