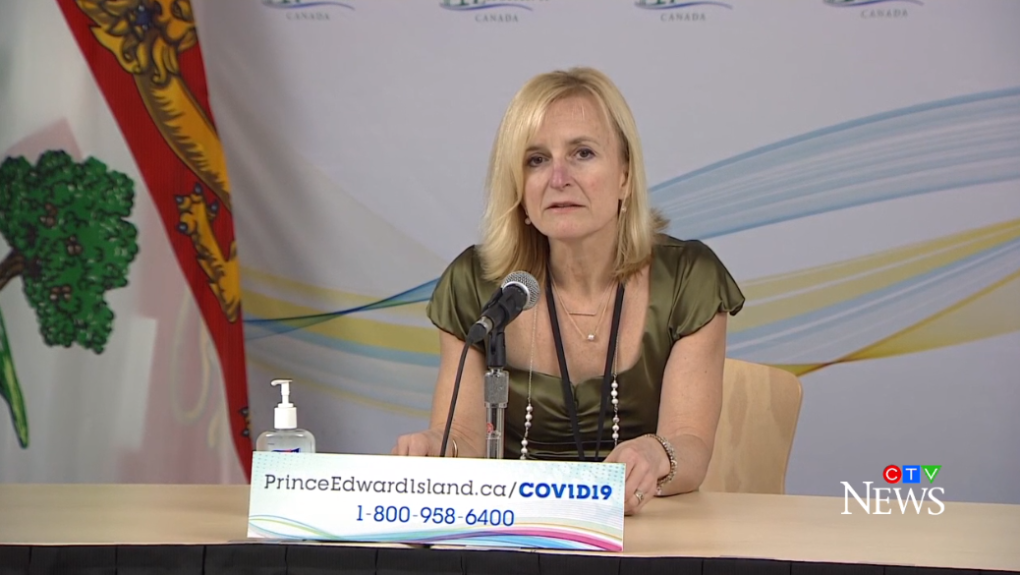 HALIFAX -- Health officials on Prince Edward Island are reporting one new case of COVID-19 on Tuesday, the first new case reported in the province since March 8.

Tuesday's new case involves a man in his 20s who travelled outside of Atlantic Canada. Public health says he is currently self-isolating.

P.E.I. has had 144 cumulative cases of COVID-19. Of those, 140 cases are now considered recovered, as four active cases remain in the province.

P.E.I.'s top doctor says the province is expecting a substantial increase in vaccines arriving on the island in the coming weeks.

“We have been advised that for the next eight weeks, the shipment of Pfizer vaccine will increase from 1,170 doses to 4,680 doses per week,” said Morrison. “In addition, our Moderna vaccine will continue to increase and be delivered every two weeks.”

According to Morrison, almost 16,000 doses of vaccine were administered as of Saturday, including 5,600 second doses.

Currently, eligible Islanders are able to book an appointment for their vaccine by visiting the province's website.

Morrison says beginning in the next few weeks, those over 75 will be able to make vaccine appointments, as the province works backwards in five year age increments.

Morrison says those 2,000 doses have been distributed to six community pharmacies, and are now available to Islanders ages 18-29 who work in the food and beverage industry, food delivery industry, convenience stores, gas stations and grocery store.

Morrison says the majority of community outbreaks have been related in the 18-29 age group.

“If we want to address the community outbreaks and break the chains of transmission in this community, we need to vaccinate this particular group,” said Morrison.

"We do hope to receive another 6,000 doses of AstraZeneca in the coming weeks," said Morrison.

Doses of the AstraZeneca vaccine will be administered by six pharmacies across P.E.I.

Appointments can be booked by visiting the province's online booking system, by calling 1-844-975-3303, or by filling out and submitting an online web form.

Morrison says low case numbers across the Maritime region have sparked renewed hope of an Atlantic, or Maritime bubble.

“Like so many Islanders, I hope we can reopen the bubble this spring, possibly as early as next month,” said Morrison. “I know our epidemiologists from the region have been meeting, and so will our Premiers.”

Morrison says several factors, including the number of cases per day, variants of concern, geographical spread, and percentage of vulnerable populations who are vaccinated, all play a factor in the decision.

Other symptoms like nausea, vomiting, or diarrhea have been reported, but typically along with other COVID-19 symptoms, and may be seen more often in children.

Officials face battle of confidence amid controversy over Oxford-AstraZeneca vaccine

'Who would have thought?': Prince Charles takes swipe at anti-vaxxers

Will Canada use COVID-19 vaccines from Russia and China?

From 'COVID toes' to 'COVID tongues,' new symptoms of COVID-19 continue to emerge

How effective is the AstraZeneca COVID-19 vaccine? What you need to know

'Why didn't they let me in?' B.C. families reflect on 12 months of visitor restrictions in long-term care