P.E.I. woman who tested positive for COVID-19 was on Moncton-bound flight 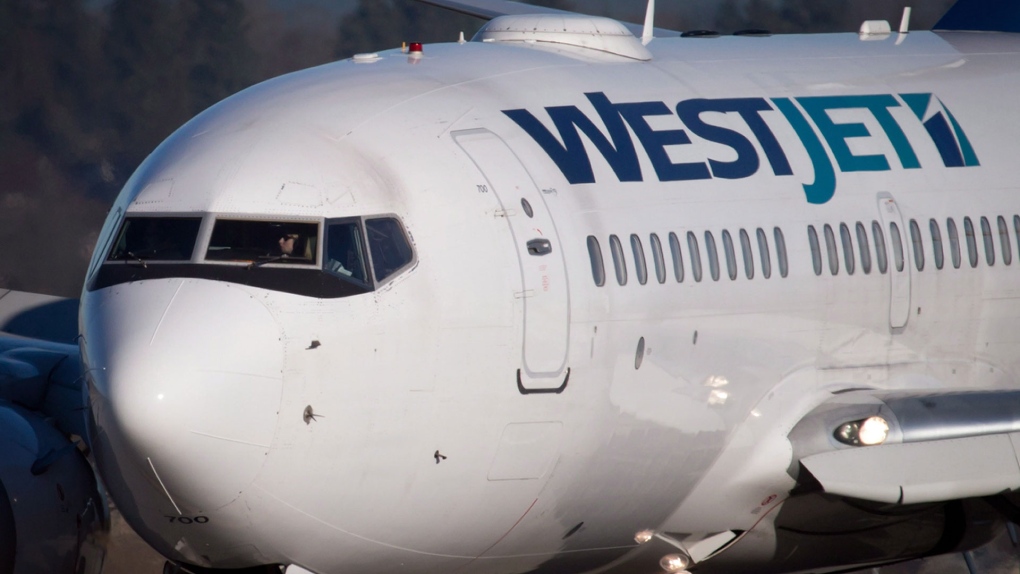 A pilot taxis a Westjet Boeing 737-700 plane to a gate after arriving at Vancouver International Airport in Richmond, B.C., on Monday, Feb. 3, 2014. THE CANADIAN PRESS/Darryl Dyck

HALIFAX -- Travellers who took a flight from Toronto to Moncton, N.B., earlier this month are being urged to self-isolate and monitor for symptoms of COVID-19.

The directive comes from New Brunswick’s chief medical officer of health after it was revealed that a Prince Edward Island woman who has tested positive for the novel coronavirus was on the flight.

The woman, who is in her 50s, was on a cruise ship and then took WestJet flight 3440 from Toronto to Moncton on March 7.

“So the case that they announced …  in P.E.I. had travelled on that flight while they were symptomatic,” said Russell during a news conference in Fredericton Tuesday afternoon.

“They had mild symptoms on that flight and New Brunswick and Prince Edward Island are both making sure that not just those who were in the rows near that person, but everyone on that flight is aware.”

WestJet is releasing information about flights impacted by COVID-19. The airline says guests in affected rows on certain flights are considered close contacts and may be at risk for exposure.

WestJet says passengers seated in rows 7 – 11 could especially be at risk, but all passengers who travelled on WestJet Flight 3440 from Toronto to Moncton on March 7 are advised to self-isolate and monitor for symptoms.

Anyone who experiences symptoms, such as cough, fever or respiratory issues, is urged to call 811.

As of Tuesday afternoon, the woman was Prince Edward Island’s only case of COVID-19.

Prince Edward Island’s chief health officer, Dr. Heather Morrison, told a news conference Tuesday that three other Islanders who had been on the cruise with the patient are in self-isolation and are reported to be doing well.

Morrison couldn't say whether they were also on the flight back to the Maritimes.

New Brunswick was reporting six presumptive and two confirmed cases of COVID-19 in the province Tuesday.

The latest case is a boy under the age of 10 who lives in zone 3, or central New Brunswick. He is a close contact to one of the two confirmed travel-related cases in the province.

Coronavirus outbreak among homeless would be 'devastating,' experts warn

N.L. announces strict measures, including jail time, to halt the spread of COVID-19

Transat, Porter move to suspend all flights as border closes to contain COVID-19

When will life be back to normal? Not anytime soon, experts say

How to apply for the Canada Emergency Response Benefit

Reasons for optimism? How humanity is turning the tide on COVID-19

New coronavirus can survive on some surfaces for days: study

How to protect your mental health during the COVID-19 pandemic

There's an unlikely beneficiary of coronavirus: The planet