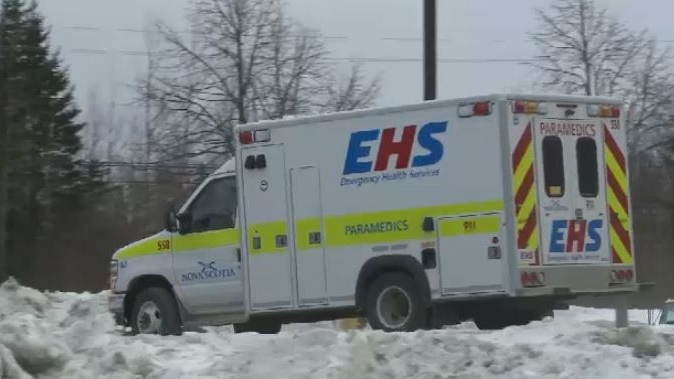 HALIFAX -- Nova Scotia's health minister says he's been assured there will be a plan within weeks aimed at helping free up ambulance crews to respond to 911 calls.

The paramedics union released figures Thursday to highlight what it says is a growing problem for the province's health care system.

It said there were 989 incidents when Emergency Health Services (EHS) units were half-staffed or out of service during the last three months of 2018 alone.

"This is a concern that I have recognized," Health Minister Randy Delorey told reporters following a cabinet meeting.

He said he's instructed the Nova Scotia Health Authority and EHS to work together to improve the situation.

"It's one (issue) that I've given very clear and explicit direction to both parties and the department to work together and implement some improvements and to come forward with that plan," Delorey said.

A large part of the problem is slow offload times that see paramedics tied up waiting with patients at over-burdened hospitals.

In a news release, union local president Michael Nickerson said the numbers are "alarming" and a solution needs to be found.

"We released data like this back in August, and it's only getting worse," said Nickerson. "Nova Scotians deserve better, and our paramedics deserve better."

Delorey said he is also waiting on a review of the current EHS model that is now expected sometime in the spring.

A U.S.-based consulting firm was hired to do the job last fall and was originally expected to produce its report by the end of last year.

The province tasked Fitch and Associates to look at ways to provide an "efficient, effective and sustainable" emergency medical system for the next 10 to 15 years.

The province's contract with EHS is set to expire in 2020.

On Thursday, Delorey wasn't definitive when asked whether he would make the review public.

"Without knowing what details are in that report and to what extent it may trigger an obligation to protect privacy ... I can't commit one way or the other," he said.