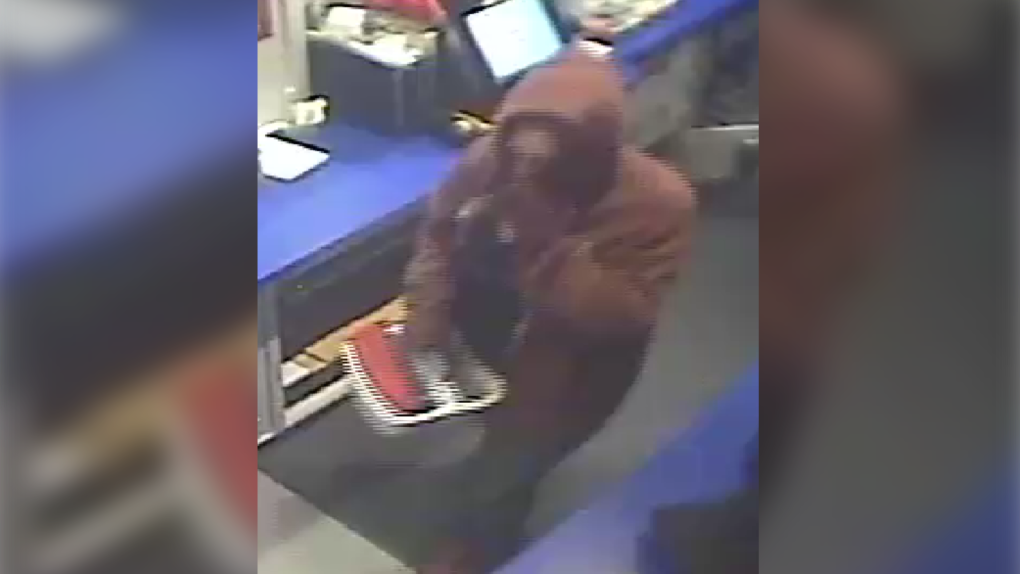 The RCMP is looking for a woman as they investigate an early morning robbery. (Photo courtesy: RCMP)
HALIFAX -

Nova Scotia RCMP is looking for a woman as they investigate an early morning robbery in Windsor, N.S.

Around 4 a.m. Saturday, police say they responded to a business on Wentworth Road after an employee reported being robbed.

According to police, a woman entered the business with a knife and took a quantity of cash from behind the counter before leaving the building.

The woman is described as white, around 5-foot-8, wearing a red hooded sweatshirt and dark coloured track pants.

Anyone with information related to the incident is asked to contact Windsor West Hants RCMP or Crime Stoppers.