Police responded to a weapons call in the 1600 block of Lower Water Street at approximately 12:36 a.m.

Once on scene, police say a man was found suffering from what appeared to be stab wounds.

The victim was taken to hospital, where he later died as a result of his injuries. Halifax Regional Police has identified the victim as 36-year-old Patrick Wayne Stay and ruled his death a homicide.

The incident unfolded in a downtown nightclub called "Yacht Club Social." Witnesses to the crime told CTV News it all happened very fast.

"I saw some guy on the dance floor get stabbed and there was just blood everywhere," said a witness who saw the incident happen. "It was just chaos and the cops came immediately after."

"We just seen the guy laying on the ground. [He] didn't seem to be moving very much," said Sam Tingley, who was in the area early Sunday morning.

Police say there is no immediate threat to the public. No details on the suspect or suspects have been released at this time.

Anyone with information about the incident is asked to contact police at 902-490-5020.

Stay was an acclaimed battle rapper with a large social media following. He has taken part in several big stage appearances, including with Ultimate Rap League, King of The Dot, Rare Breed Entertainment, U Dubb, Don't Flop, among the many. 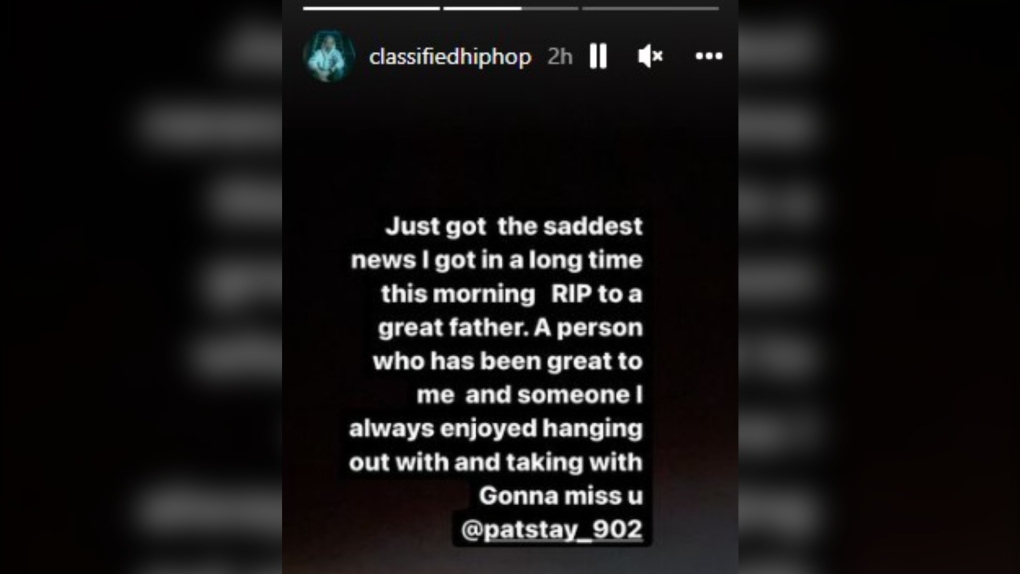 Some local fans of Pat Stay made their way to the Halifax waterfront Sunday afternoon to pay their respects.

"I was shocked. It's like hearing your friends passed away kind of thing," said Julian Mombourquette, a fan of Stay. "Growing up watching him from when I was 12-years-old to now, and I'm 28. Just watching his progression as he went through Toronto and all over the world."

This culture loves you and we are all in pain from this devastating news.

Condolences and prayers to his entire family. pic.twitter.com/oGGN0xHXdp