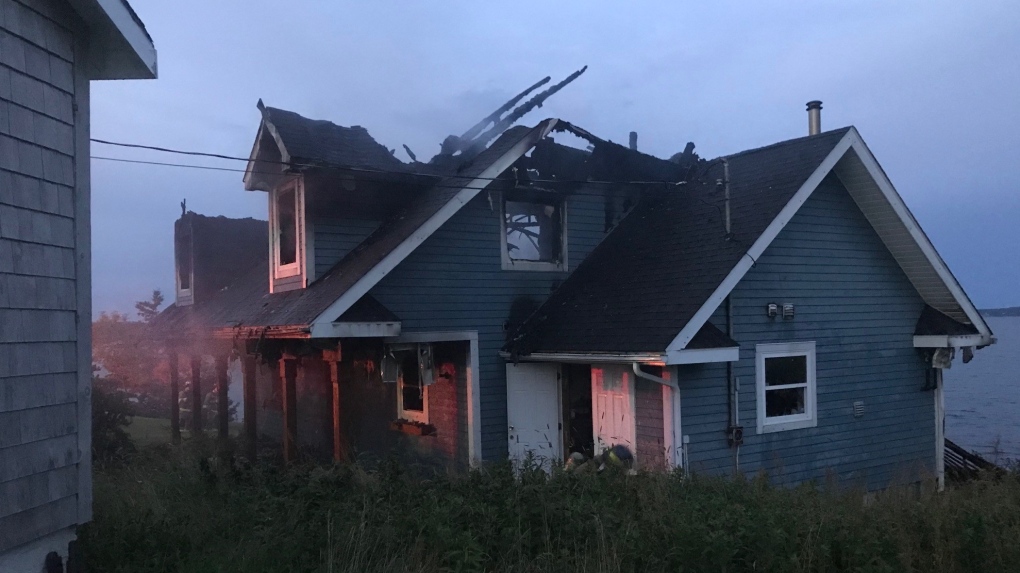 Crews were called to a house fire Tuesday night in the 9000 block of St. Margaret's Bay Road in Queensland, N.S. (Jim Kvammen/CTV)

A home outside of Halifax sustained significant damage after a fire ripped through it Tuesday night.

Halifax Regional Fire and Emergency told CTV News the home was fully engulfed in flames when firefighters arrived on scene. Officials say due to this, crews deployed a “defensive attack.”

The house appeared to suffer significant damage to the roof.

The road was closed for several hours, but has since reopened.

No injuries have been reported at this time, and it is unknown whether anyone was inside the home at the time of the fire.

The owner of a historic church in Ottawa's Lowertown neighbourhood is evicting a group with ties to the 'Freedom Convoy' occupation planning to purchase the property this fall, in an apparent dispute over unpaid rent for the facility.

Survival 'the only concern' as Canadian tenants struggle to pay rent

As rent prices rise, CTVNews.ca heard from a number of Canadians struggling to afford their homes. The surge in rent prices over the last few months has forced many to cut back on spending, with some having to relocate or move in with their parents.

Apple warns of security flaw for iPhones, iPads and Macs

Apple disclosed serious security vulnerabilities for iPhones, iPads and Macs that could potentially allow attackers to take complete control of these devices.

Canadian flags hang alongside French and British on the streets of Dieppe, France, each August as the city marks the anniversary of an important and disastrous day during the Second World War.