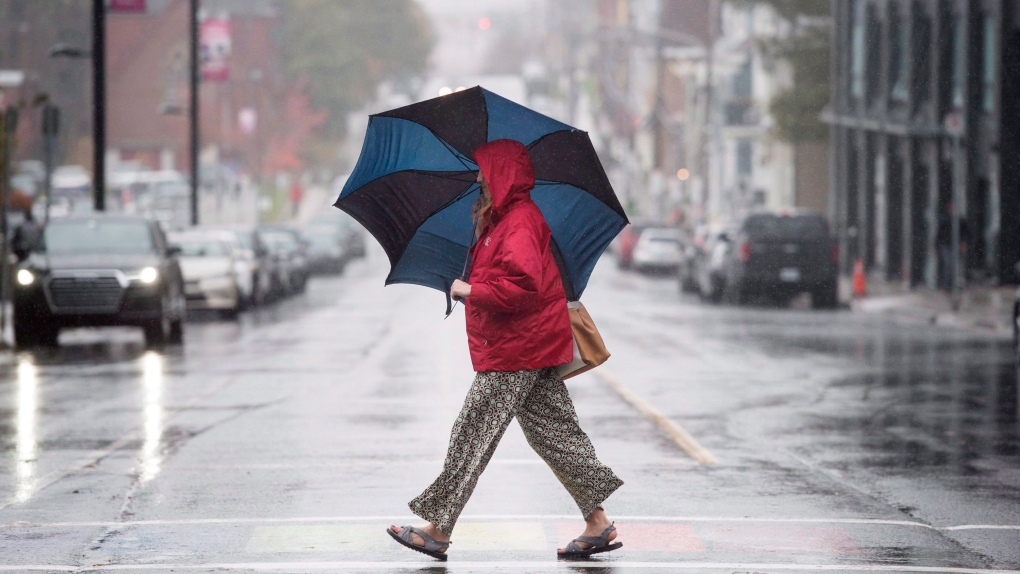 Varied weather conditions this week including periods of rain and showers as a number of slow moving weather systems move into the Maritimes. (THE CANADIAN PRESS/Darren Calabrese)
HALIFAX -

There will be varied weather conditions this week, including periods of rain and showers, as a number of slow moving weather systems move into the Maritimes.

For Tuesday night, we have both some heavy rain and frost to watch for in the Maritimes. The frost risk will be in northwestern New Brunswick where some overnight lows may fall to freezing. 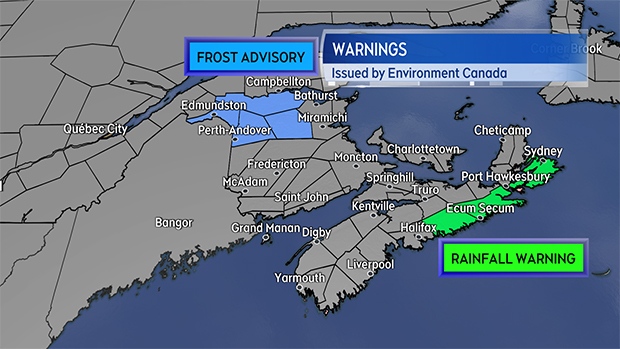 Both Frost and Rainfall Warnings present in the Maritimes for Tuesday night.

Nova Scotia will see more rain with a risk of downpours and thunderstorms as a weather front remains stalled over the province. There are likely to be some rain totals in excess of 30, 40, and even 50 mm towards the Atlantic coastline of that province by the end of Wednesday. Some of the higher rainfall totals look more likely in eastern areas of the province and Environment Canada has posted some rainfall warnings there. 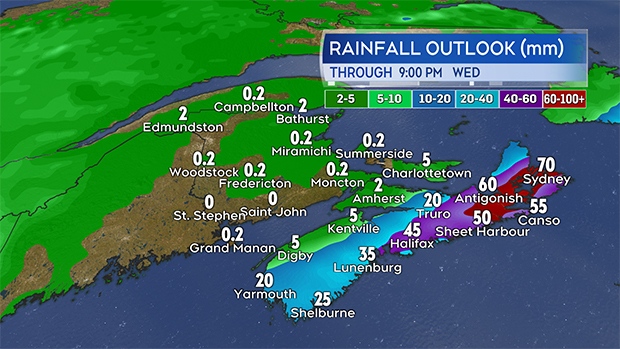 Rain with a risk of downpours and thunderstorms may produce some totals near or in excess of 50 mm by late Friday for parts of Nova Scotia.

On Thursday, a block in the jet stream in the Midwestern U.S. results in a low-pressure system stalling over the Gulf of St. Lawrence. That system will produce rain for New Brunswick and areas of showers for Nova Scotia and Prince Edward Island on Thursday. While the pattern begins to break down Friday into Saturday, there remains a chance of showers for the Maritimes for both those days.

A pool of cooler air aloft will accompany the unsettled conditions with cooler highs in the low teens expected through the end of the week. 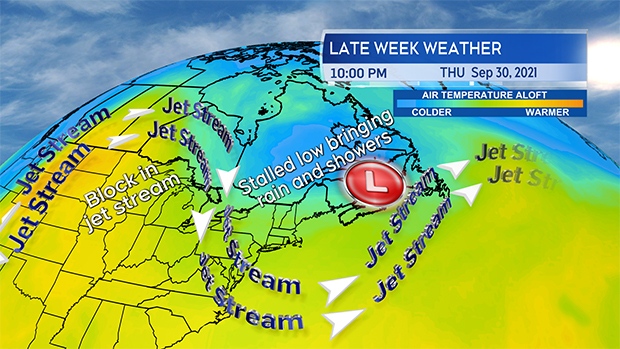 A block in the jet stream in the Midwestern US leads to a stalled low in the vicinity of the Maritimes through the end of the week. That will produce lingering areas of rain and showers.

Hurricane Sam has increased in strength to become a Category 4 hurricane with maximum sustained winds near 215 km/h northeast of the Leeward Islands of the Caribbean.

The hurricane is forecast to pass well to the east of Bermuda on Saturday morning with the movement of the storm expected to take it to the northeast after that.

There is no imminent risk to the Maritimes in that current forecast. 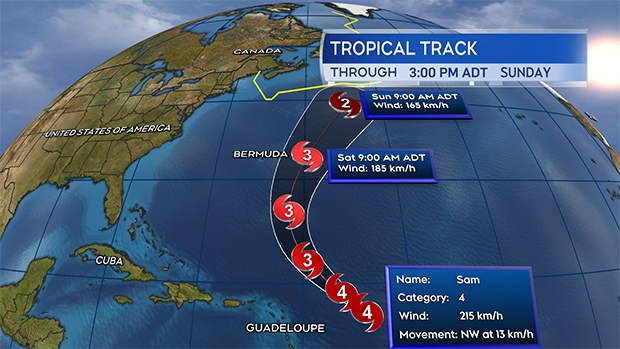 Sam, a powerful Category 4 hurricane, is forecast to move northward to the east of Bermuda. There is no imminent risk to the Maritimes from the storm.