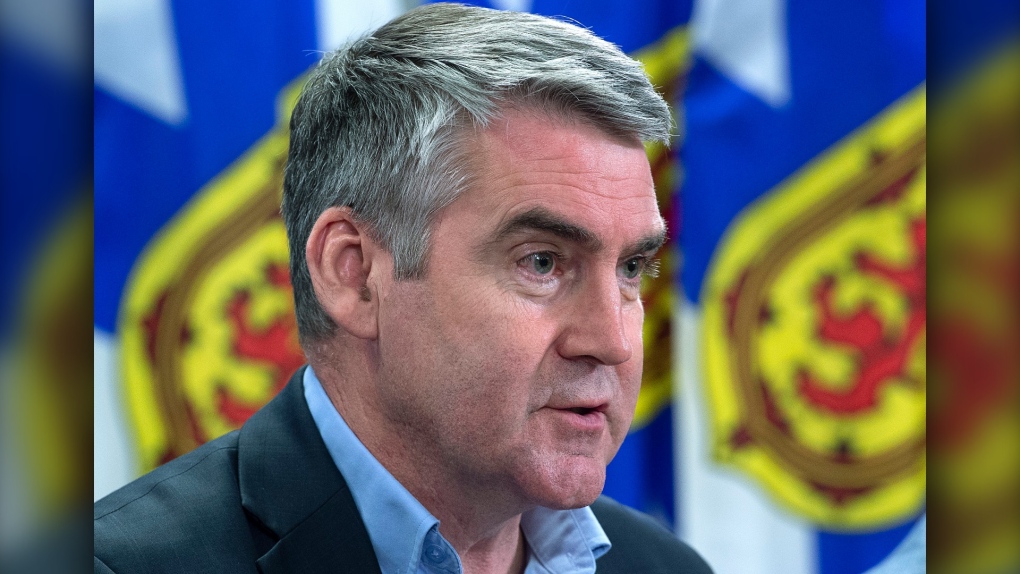 Premier Stephen McNeil addresses a news conference in Halifax on Sunday, March 15, 2020. Nova Scotia's premier says public sector workers will have to dampen their wage expectations in the coming years as the province grapples with a projected $853-million deficit as a result of the COVID-19 pandemic. THE CANADIAN PRESS/Andrew Vaughan

HALIFAX -- Public-sector workers will have to dampen their wage expectations in the coming years as Nova Scotia grapples with a projected $853-million deficit resulting from the COVID-19 pandemic, Premier Stephen McNeil said Thursday.

After five consecutive balanced budgets, the premier said he hasn't changed his view of deficits and work will begin immediately to tackle the new fiscal situation facing his government.

"The good news for us is that coming into this pandemic we had a solid foundation," McNeil told reporters following a cabinet meeting. "We were controlling costs ... and we have to get back and focusing on those fundamentals things that allowed us as a province to get into the good fiscal position we were in."

McNeil didn't offer specifics on his deficit-reduction plan -- such as potential public-sector layoffs -- but said he believes "everyone can stay working." The premier said, however, if labour wants more money there would have to be fewer people working for the government.

"It can't just be the private sector who will be the ones to put us back in a good fiscal position," he continued. "For four months there were many people in this province who lost their entire paycheck while others were continued to be paid and I think we need to be mindful of that."

The most urgent need facing the province, he said, is to get its economy moving while @continuing to deliver key services. McNeil said the length of time it will take to dig out of the fiscal hole will depend on how quickly the economy can recover from the effects of COVID-19.

The province tabled a budget in February that featured a modest $55-million surplus, but pandemic costs resulted in a $908-million reversal in the books. The bulk of the extra spending included $443 million in appropriations for nine government departments including health, while another $228-million was added for infrastructure projects to help kick-start the economy.

McNeil said further help would likely be announced for areas including the hard-hit tourism and hospitality industries.

Business Minister Geoff MacLellan said Thursday, however, there is nothing definitive for those sectors at this point.

He said the province can only provide limited help because there are so many factors that are beyond its control including a potential second wave of the virus, fluctuating market demand, and changes in consumer behaviour.

Vaccine tracker: The top contenders to stop the novel coronavirus

Canada cracking down on Americans entering country to get to Alaska

Ontario unveils plan to reopen schools in September. Here's what you need to know

This is what Manitoba schools will look like in September

Coronavirus is 'one big wave,' not seasonal, WHO expert suggests

N.S. to offer free, reusable face masks in some locations

Coronavirus lockdowns are fuelling an 'explosion' of anti-Semitism online