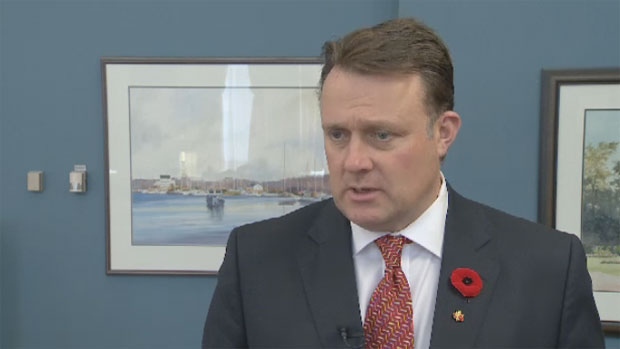 Halifax’s new mayor says he will lead the charge to get a stadium for the city.

Mike Savage has long supported a stadium for the city and is now in a position to do something about it.

“A stadium is like anything else. Is it in the best long-term interests of the city? I believe it is,” he says. “I am prepared to say that and be part of leading the charge on it.”

Two stadium proposals have died since 2007, including one for the Commonwealth Games and one for the FIFA Women’s World Cup.

Savage believes it is possible to have a stadium commitment during his four-year term.

“Absolutely. If it’s not done in four years, it’s not going to get done.”

Mason is optimistic and tells CTV via email “my optimism is fueled by the change in leadership and the hope that, with this, all three levels of government, supported by the business community, we see this project becomes a reality.”

However, some business owners say they need to see the numbers first.

“A stadium would provide a great attraction tool for business opportunities, but we would be looking for economics,” says Nancy Conrad, vice-president of the Halifax Chamber of Commerce.

“We want to see the business case before we give full endorsement to it.”

Premier Darrell Dexter also wants to see the business case. He says a stadium is not at the top of his priority list and doesn’t see the federal government pitching in.

“The federal government has said unequivocally that they will not support stadiums.”

Late Friday afternoon, an official from the Defence Department told CTV News Defence Minister Peter MacKay would like to make land at Shannon Park available for a stadium, but the province and the city have to be on board.

When a second attempt at building a stadium at Shannon Park failed, MacKay said he was going to turn over the property to the Canada Lands Company.

However, that hasn’t happened yet.

Shannon Park is still in the department’s hands, so MacKay still has the ability to make the land available for a stadium.

The city has agreed to commit $20 million toward a stadium.