Sea Dogs search for another rink to call home 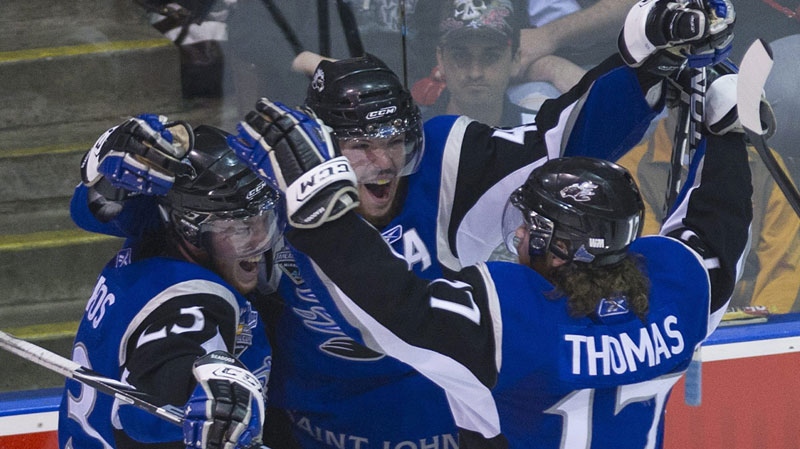 The Quebec Major Junior Hockey League playoffs are just around the corner and the reigning champs are facing the prospect of being homeless for at least one of those playoff games.

The Saint John Sea Dogs are checking out venues in other cities where they could potentially host a "home" game.

Cirque du Soleil is booked for eight shows at the Sea Dogs home rink, Harbour Station, this May. As a result, the team could be in a final series, looking for a rink to call home.

"There's a lot of things that can happen," says Sea Dogs president Wayne Long. "Whether we finish first or second, whether we are a home team or a road team, but we certainly have to be ready for any scenario.

It's one of those things that it's a pretty safe bet that whether we are the home or away team, we will have at least one game off location and we have to be ready for that."

Cirque du Soleil was booked four months ago and Harbour Station General Manager Mike Caddell told CTV News today that no venue can turn down the event, which he calls a "six-figure show."

Caddell says it will fill 800 hotel rooms in Saint John.

"We know it's out there and we know it's a possibility," says Sea Dogs head coach Gerard Gallant. "But to be honest with you, we'll play anywhere."

Long says the Lord Beaverbrook Rink in Saint John and the Q-Plex in Quispamsis are not large enough to host a Q-League final series game.

"If it becomes necessary, the most likely venue to host a Sea Dogs home-away-from-home game would be the Fredericton Aitken Centre, or the Moncton Coliseum," says Long. "The Sea Dogs have been speaking with both venues, just in case."

The team's regular season and playoff records will determine whether the Sea Dogs are on the road for at-home games.