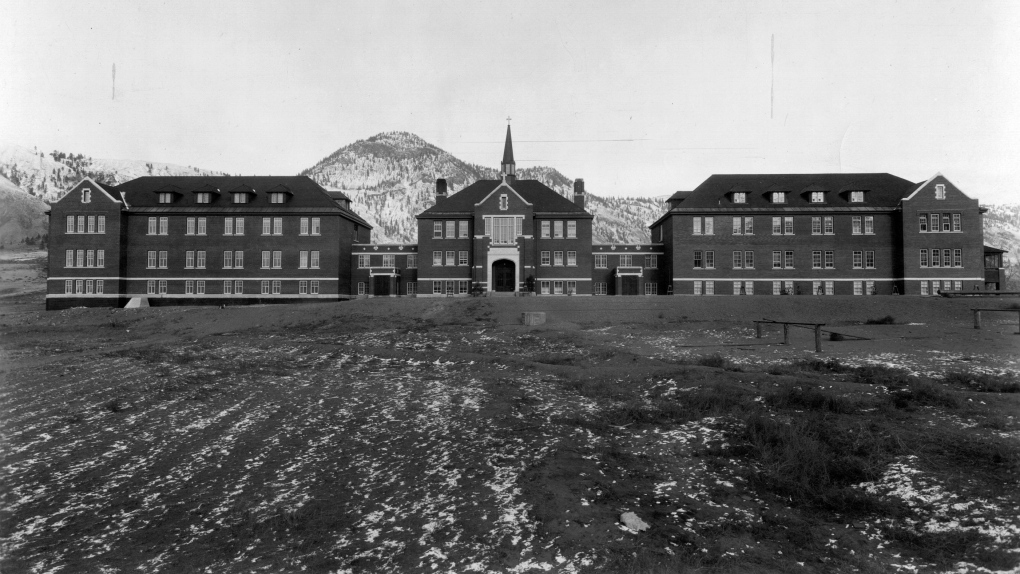 OTTAWA -- Diena Jules was just seven years old when she was forced to attend the Kamloops Residential School, but she was considered one of the lucky ones because she got to go home every night.

She doesn't remember feeling so lucky. In fact, she calls the period the "dark ages" of her life.

Jules attended the school as a "day scholar" for her first five years as a student, and another year as a resident.

During that time, she was physically and verbally abused by priests, by the Catholic brothers and nuns who ran the school and by other students, jealous that she got to keep her hair long and wear her own clothes.

She still recalls how they called her traditional spirituality "devil worship" and how they systematically tried to forcibly take away her language and her culture.

"They called me a pagan and 'dumb Indian' and told me that I needed to become more white," Jules said.

"I became disconnected with my family and community. I lost language, my cultural pride and my own identity."

Jules is among several representatives in a class-action lawsuit against the federal government involving hundreds of First Nations people left out of residential-school compensation.

The lawsuit, which was certified in 2015, was brought by Indigenous students known as day scholars, who attended the notorious Indian residential institutions but returned to their homes at night.

On Wednesday, Jules and other class action representatives took part in a joint announcement with Ottawa declaring the parties had signed a proposed settlement agreement.

It would see survivors receive compensation of $10,000 each -- an amount that would go to the estates and descendants of those who did not live long enough to see this settlement come to fruition.

Ottawa is also pledging to invest $50 million into a Day Scholars Revitalization Fund aimed at rebuilding language, culture and community among the First Nations whose children were forced by Canadian authorities to attend the schools.

Day scholars were excluded from the 2006 Indian Residential School Settlement Agreement, which compensated students $10,000 for the first year in a residential school, followed by $3,000 a year thereafter.

All students who were physically or sexually abused regardless of status at the schools were entitled to compensation under a separate legal agreement.

But the day scholars were not compensated for the "common experience" of attending the schools, as resident students were.

"They were not given a safe place to learn and grow. Instead, they were stripped of their culture, language and traditional knowledge," said Crown-Indigenous Relations Minister Carolyn Bennett.

"While today's announcement has come too late for many survivors, the settlement will ensure that their estates and their descendants will be able to access compensation on their behalf."

The proposed settlement must still be approved by the Federal Court to ensure it is fair and equitable for the parties. That hearing will take place Sept. 27.

"This has been a real long, long process. Fourteen years. It's not been easy. Every time we went to court, it seems like living, regurgitating the same trauma that I endured as a child," she said.

The survivors were recently presented with two options by their lawyers: go back to court or accept the settlement offer on the table from Ottawa. Given that a number of day scholar survivors have passed away in the intervening years since work on the lawsuit began, the decision was made to settle, Gilbert said.

"Those federal lawyers, boy, they really try and rip you right up hard. And we had to be strong and stand up to them, and we did a good job," she said.

The class action sought damages for three separate streams of those harmed by the residential institutions: former day students, their descendants and bands impacted by members who attended residential schools as day students.

In order to speed up compensation to aging survivors and their descendants, the parties have agreed to separate the band class claims.

An official apology to the day scholar survivors, their families and their communities, which has also been long called for, is still being worked on, Bennett said

This report by The Canadian Press was first published June 9, 2021.