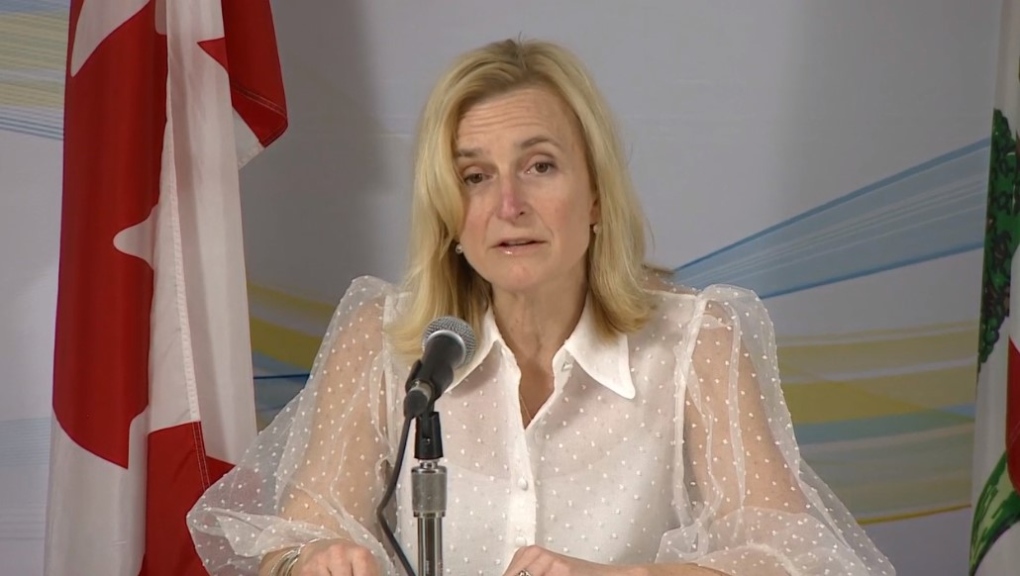 HALIFAX -- Seven new cases of COVID-19 were identified in Prince Edward Island on Monday, bringing the province's total to 18.

All seven cases are all related to international travel. There are still no reports of community spread in P.E.I.

Four cases are female and three are male, ranging in age from their 20s to their 70s.

Morrison says all seven new cases are self-isolating at home and are doing well.

While there has yet to be a ticket issued on the Island, Morrison says P.E.I. police have been monitoring the situation and are ready to enforce self-isolation and physical-distancing restrictions.

"Over the weekend, we received 56 complaints, 26 homes were visited, and 12 verbal warnings and nine written warnings were issued by our enforcement officers", said Morrison.

Screening measures at the Confederation Bridge and Charlottetown Airport have been strengthened and additional information is being gathered from travellers, including where they are travelling from, where they are going, and if they have a support system to deliver supplies to them while in self-isolation.

Morrison says they are looking at some enforcement options under the Emergency Measures Act, including the possibility of individual orders which would not allow a person to enter if the province deems it is not essential.

Cough and fever clinics have also expanded on the Island. A new location in Charlottetown is already in operation, with another location in Summerside opening Monday.

Morrison says anyone with symptoms of COVID-19 will be tested regardless of travel history.

"Everyone needs to stay home as much as possible. If you do need to leave the house, you should practice physical-distancing," said Morrison. "It is really critical in order for us to slow the spread of COVID-19 here in P.E.I.,"

The province has conducted a total of 769 tests, with 590 negative results and 161 pending. Morrison says she hopes to increase the number of tests done on the Island 'in the next week or two'.

King, who just completed a 14-day self-isolation after returning from travel in the U.S., said he has asked the attorney general to reinforce the priority of enforcement of physical distancing and self-isolation.

“I am disappointed that some still aren’t listening to Dr. Morrison,” said King. “We have brought in fines, and engaged law enforcement to make sure Islanders followed her directions, but this still isn’t enough for some of you.”

"Landlords deferring rent because of their tenants' businesses being closed due to COVID-19, could be eligible to have government cover up to $15,000 per tenant, to a maximum of $50,000 per landlord," said Steven Myers, P.E.I.'s Minister of Transportation, Infrastructure and Energy.

To be eligible for the program, landlords must register with Finance P.E.I. by April 15.

Breaking down the COVID-19 numbers: Should we be comparing countries?

Some Instacart, Amazon workers strike as jobs get riskier

Contact lens wearers should switch to glasses during pandemic, some experts say

Scenes from the epicentre: Grim images from New York City

In Canada and abroad, COVID-19 super-spreaders could be anywhere

Majority of Canadians think COVID-19 pandemic will get worse: Nanos