Start of lobster fishing season postponed in southwestern N.S. due to weather 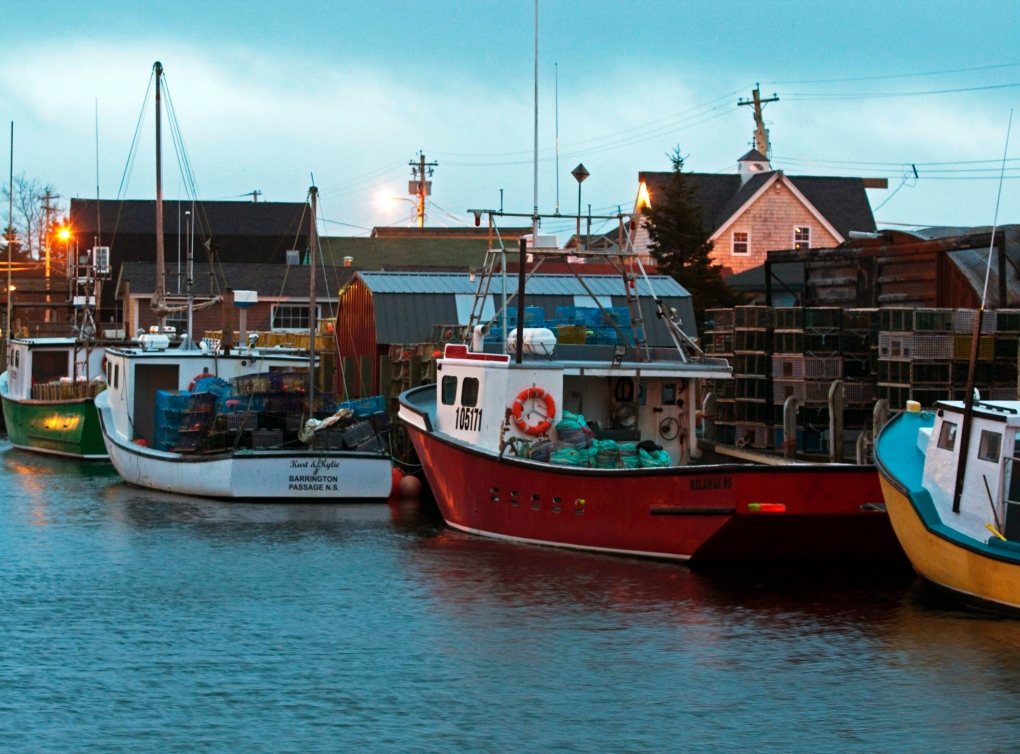 HALIFAX -- Lobster fishing season in southwestern Nova Scotia will be off to a late start this year after officials postponed the day that fishermen were slated to drop their traps -- also known as "dumping day."

The season was supposed to kick off on Monday, but Fisheries and Oceans spokeswoman Debbie Buott-Matheson said based on forecasted weather, the industry associations representing lobster fishing areas 33 and 34 decided in a Saturday morning conference call that it would be too risky to proceed as planned.

"The marine forecast tends to be a bit different than the forecast on land, so, generally speaking, if they decide to delay the opening, they're usually looking at very heavy or high winds," she said, listing unsettled waters and high waves as possibilities.

Buott-Matheson said when wind is forecasted to be above 26 knots on the water, the associations generally make the decision to not open the season that day.

She said the weather protocol has been around for about 20 years.

"While no one likes to see a delay, they always take the best decision in terms of safety," she said.

Lobster fishing area 33 extends from the Halifax region to Nova Scotia's southwestern tip, and 34 extends off the province's western edge.

They make up one of Canada's most lucrative lobster fisheries: the landed value for the 39,200 tonnes caught in the fishing zones in 2015 was $567 million -- a record for the industry.

In 2016, the areas hauled in $494 million of the $1.3 billion generated by the entire Canadian lobster fishing industry.

Bernie Berry, president of the Coldwater Lobster Association and a fisherman of 40 years, said delays for the lobster fishing season aren't uncommon, with some past seasons seeing delays up to four or five days.

On Saturday, he said the safety standard needs to be especially high during the start of the lobster season because of the nature of the boats and the equipment the fishermen are carrying.

"Everybody wants to start fishing, but it's a bit different when you're hauling gear with an open boat. All the boats are very heavily loaded ... there's a lot of pressure," he said.

"At least on dumping day, I think we all agree that we want good weather."

The Coldwater Lobster Association is based out of Yarmouth, N.S., and represents lobster fishing area 34. They hauled in about one quarter of all the lobster landed in Canada last year.

The association will have another conference call with port representatives and forecasters on Monday to help determine how long the delay will last.

"When there's a decent weather window, then I guess we'll open it," he said.

"You can't beat Mother Nature, and we'll simply keep a track on the weather, and the first opportunity that it's fine for everybody to have a safe dumping time, that's when we'll go. Doesn't matter what day it is."