Storm heading east, which means less snow for some parts of Maritimes on Thursday 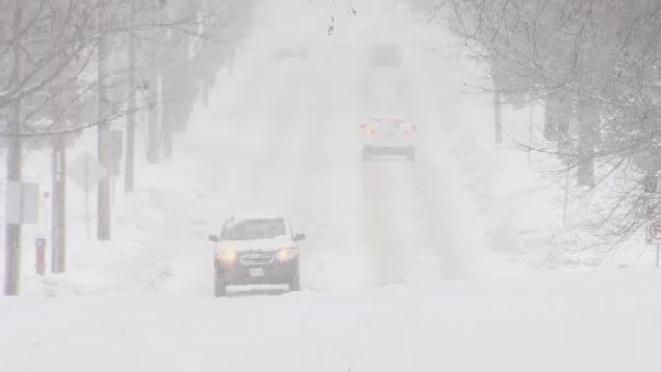 Much of the South Shore of Nova Scotia, including an area stretching from Yarmouth to Lunenburg, may still see snow in the range of 10 to 20 cm.

HALIFAX -- On Thursday a low pressure system will exit the northeastern United States passing south and then east of Nova Scotia. While the southwestern corner of Nova Scotia is still forecast to see some heavy snow, the more eastward movement of the low will lend towards a lower snowfall forecast for most of the Maritimes.

The timing of the system hasn't changed much in the forecast. Snow will begin Thursday morning in the southwest of New Brunswick and Nova Scotia developing across large parts of the Maritimes by the afternoon. It will be ongoing into the evening before diminishing to flurries overnight. A risk of snow squalls will be present for eastern areas of Prince Edward Island and Nova Scotia on Friday. 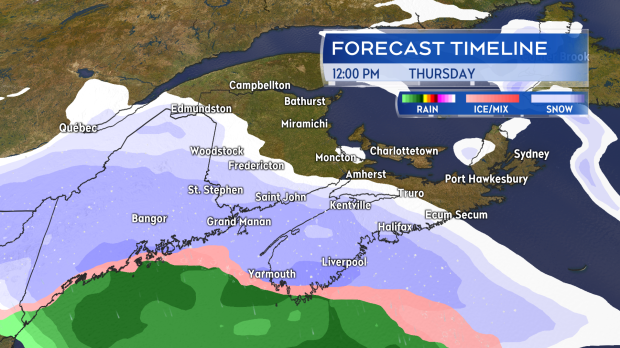 Snow develops in the morning through afternoon, with the heaviest snowfall expected in the southwest of Nova Scotia and lighter most everywhere else.

Much of the South Shore of Nova Scotia, including an area stretching from Yarmouth to Lunenburg, may still see snow in the range of 10 to 20 cm. Some mixing in of ice pellets and rain is also possible for this region particularly on the coast. Much of the rest of Nova Scotia will see a few to several centimetres of snow. Lighter snow is expected for New Brunswick and P.E.I. As mentioned earlier, eastern areas of P.E.I. and Nova Scotia could end up with snow squalls on Friday. Should those continue through the day additional snowfall amounts exceeding 5 and even 10 cm will be possible. 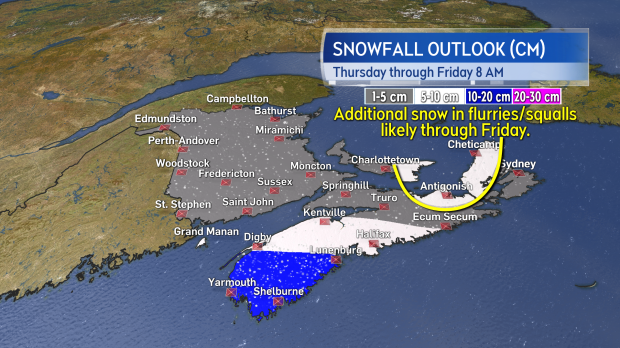 Highest snowfall for the South Shore of NS on Thursday. Flurries and snow squalls may contribute more snow to eastern PEI and NS on Friday.

Winds will turn north and northeast, increasing into the evening on Thursday. Peak gusts will hit 40 to 70 km/h, with the strongest most likely on the Atlantic coastline of Nova Scotia. On Friday, the wind will be north and northwest with gusts again 40 to 70 km/h except 70 to 90 km/h for Cape Breton. While below warning criteria, the increasing winds will create some areas of drifting and blowing snow. Delays and restrictions should be watched for at airports, ferries, and bridge services. 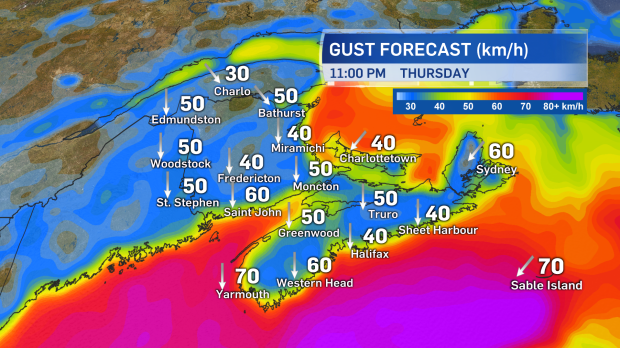 Stronger north and northeast winds develop by Thursday evening. Gusty winds from the north and northwest are forecast for Friday in the wake of the low.