HALIFAX -- Nova Scotia is reporting one additional death related to COVID-19, bringing the total number of deaths in the province to 28.

“We want to ensure that you know that we have our arms wrapped around you and want to support you,” said Premier Stephen McNeil during a news conference in Halifax Wednesday afternoon.

“This is a difficult time to lose a loved one, particularly with all the restrictions that we have around public health, but please know we are doing all we can with our partners to continue to support you.”

As of Tuesday, 10 licensed long-term care homes and seniors’ facilities in Nova Scotia had confirmed cases of COVID-19, involving 227 residents and 97 staff members.

Of the province’s 28 COVID-19 deaths, 22 have been at Northwood, which is the largest long-term care home east of Montreal.

“Until we’re out of the woods and are able to say there’s no longer any ongoing active illness in Northwood, given the patient population or the resident population, we have to anticipate that we might see ongoing deaths,” said Dr. Robert Strang, Nova Scotia’s chief medical officer of health.

However, Strang says he does see some positive news in the numbers, as it appears the situation at Northwood has stabilized.

“The situation, while it remains serious, has become very much under control. It is certainly stabilized,” said Strang.

“While we unfortunately have had 22 people in that facility die, we have to recognize that we’ve had 211 residents who have tested positive, the vast majority of them, with good care, have been able to recover or are recovering.”

Strang says 10 residents have recovered and moved to an off-site recovery unit.

“This is a challenging, difficult situation, but with the support of the rest of the health system we’ve been able to stabilize this and it’s now on a good path forward, still lots of, you know, hard work to be done,” he said.

“It will take a number of weeks before ... we’re actually completely out of the woods and declare the outbreak officially over.” 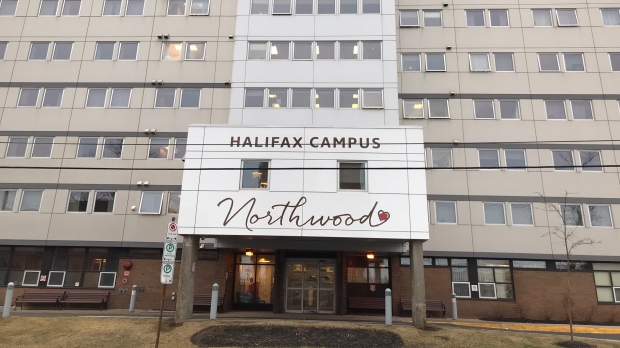 As for the other nine long-term care facilities that have seen positive cases of COVID-19, Strang says they are seeing no new cases, and their outbreaks have also stabilized.

In order for an outbreak to be declared over, there has to be a 28-day period where a facility sees no new cases.

Signs that COVID-19 is slowing

The province is also reporting 20 new cases of COVID-19. This brings the total number of confirmed cases in Nova Scotia to 935.

“Our testing numbers were up again yesterday and, to me, I take that as good news,” said Strang.

“We can’t make firm judgments based on any one day, but the fact that our testing volume was up again yesterday, and we have a relatively low number of positive cases, and the majority of those cases are associated with the Northwood outbreak, to me is a further indication that we are beginning to see a slowing down of COVID-19 in Nova Scotia, which is very good news.”

What we know about the cases

There are 11 people in hospital. Three of those patients are in intensive care units.

The province says 529 people have now recovered from the virus and their cases are considered resolved.

There are cases across Nova Scotia, but most cases have been confirmed in the central zone, which contains the Halifax Regional Municipality.

All of the province’s 20 new cases were confirmed in the central zone. The western, northern and eastern zones are reporting no additional cases at this time. 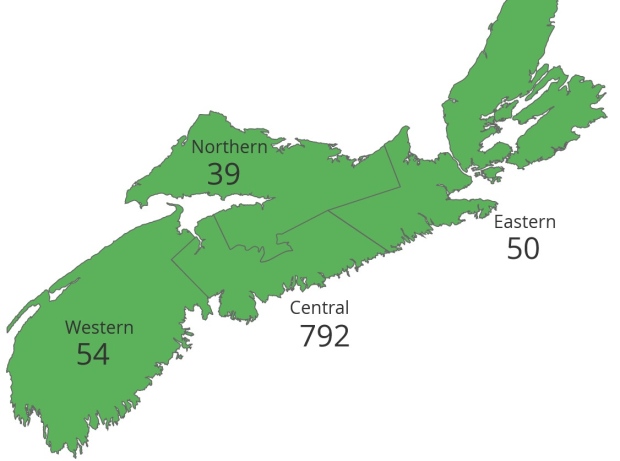 “Don’t wait if you feel that you have those symptoms,” said Strang. “Do the assessment. If you do have COVID, the sooner we test you and recognize it, the less the ability that it can be spread around.”

What happens if I catch coronavirus? How COVID-19 typically progresses

Snowbirds to boost morale amid COVID-19 with cross-country tour