Survival of Canada's oldest lighthouses in question despite legislation 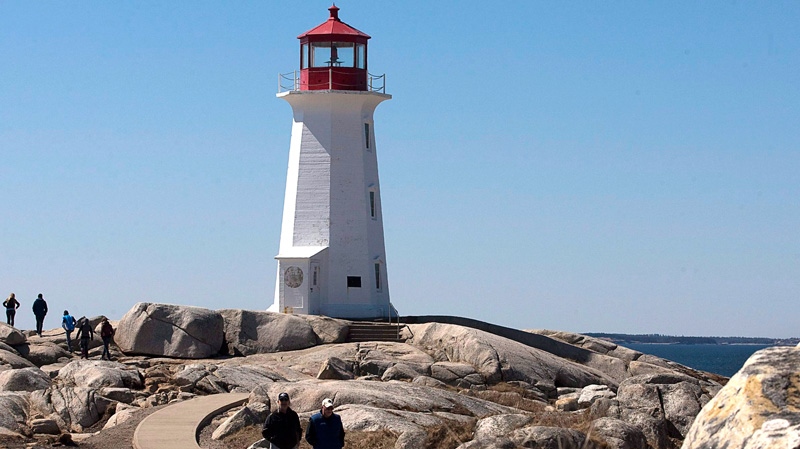 HALIFAX -- On a craggy, windswept island at the southern entrance to Halifax harbour stands the oldest operating lighthouse in North America.

Built from granite blocks in 1758, the Sambro lighthouse -- a historic treasure known for its distinctive red-and-white stripes -- has withstood countless storms and even a direct hit from a hurricane in 2003.

But the 25-metre sentinel is facing a new, less obvious threat, as are several other large and remote lighthouses in Atlantic Canada, Quebec, Ontario and British Columbia.

Sambro, like 970 other lighthouses across Canada, has been declared surplus by the federal Fisheries Department, mainly because these aids to navigation are no longer required by mariners who now rely on global positioning satellites to guide them.

However, passage of the Heritage Lighthouse Protection Act in May 2008 was supposed to enable non-profit groups, municipalities and provinces to acquire lighthouses deemed suitable for tourism.

The deadline for submitting a business plan to Parks Canada is Saturday.

As of April 8, 112 plans had been sent in, including 45 from Ontario, 20 from Nova Scotia, 19 from P.E.I., 12 from Quebec, eight from Newfoundland and Labrador, five from New Brunswick, two from Manitoba and one from British Columbia.

Barry MacDonald, president of the Nova Scotia Lighthouse Preservation Society, says more plans will be filed before the deadline, but the biggest, oldest and most isolated lights will likely become neglected orphans.

The problem, he says, is that it costs a small fortune to maintain lighthouses like Sambro.

A community group in Sambro wants to protect the lighthouse, but they don't have the means to maintain the tower, MacDonald says.

"The reality of maintaining such a large piece of infrastructure, particularly on an island, was just too daunting for them," he says.

In 2008, the coast guard repainted the lighthouse, using a helicopter to ferry supplies, including a large web of scaffolding. Total cost: about $80,000.

"That lighthouse is too big to put a ladder up and paint," he said. "For a lot of these larger iconic lighthouses, there's a big question about their long-term survival."

MacDonald says even if business plans are submitted for these historic properties, the only way for them to become viable enterprises is with financial support from Ottawa.

Requests for interviews with Ashfield and Peter Kent, the minister responsible for Parks Canada, were declined. Parks Canada responded with an email saying some heritage lighthouses will be managed by federal departments, but it did not offer details.

MacDonald says some of the other big lighthouses at risk include: Cape Sable in Nova Scotia, the province's tallest; Cape Race in Newfoundland, where the distress messages from the Titanic were first relayed to the world; and Race Rocks in British Columbia, the most southern point in Western Canada.

Peter Noreau, the head of a Quebec group dedicated to preserving 43 lighthouses along the St. Lawrence River, says he is particularly concerned about the fate of the huge Imperial-style lighthouse at the eastern edge of the Gaspe Peninsula.

Clad in spectacular white marble, the Cap-des-Rosiers lighthouse is the tallest in Canada at 34.1 metres, about the size of an eight-storey building.

"It needs some restoration, but the government isn't putting a nickel into lighthouses anymore," says Noreau. "We have no budget, so I have to pay for the stamps when I mail a letter."

Noreau says the only way to save the 155-year-old structure is to persuade federal politicians to invest in Canada's history.

"Everybody's yapping and daydreaming, sending emails -- nothing has been done," he said in an interview from Sherbrooke, Que. "We'll start yapping a little louder. ... We have to save them. It's our history."

Noreau says about 34 lighthouses are worth saving in Quebec, but only about a dozen have business plans.

In Ontario, the stately Cove Island lighthouse is expected to have a business plan, but the chairman of the Cove Island Lightstation Heritage Association says it won't mean much without government funding.

Robert Square says the Cove Island light is one of six Imperial lighthouses built in the mid-1850s around Lake Huron and Georgian Bay.

"They were all there before Canada was even a country," Square says from his home in Collingwood, Ont. "These are the classic lights that have the lore and the romance that we all think of."

He says the Cove Island site, at the tip of the Bruce Peninsula near Tobermory, Ont., has 10 buildings spread over 11 hectares.

"We're looking at millions of dollars in restoration costs," he says, adding that the Fisheries Department doesn't seem interested in contributing.

"Unless something drastically changes, they're going to be left to ruin or be sold off to the highest bidder," he says. "Until we get face to face with the ministers, we're almost dead in the water."

Survival of Canada's oldest lighthouses in question despite legislation